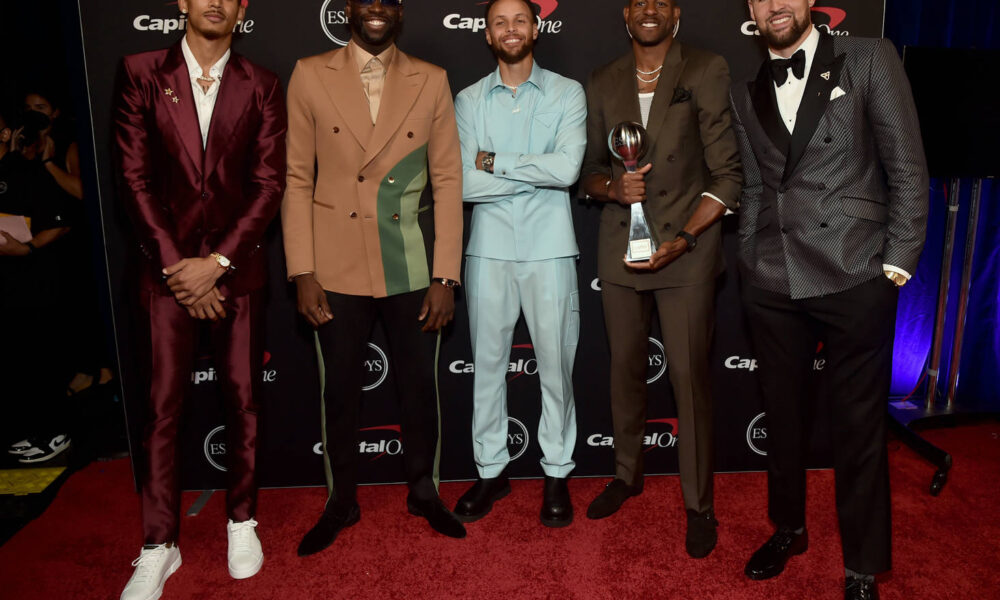 Another successful ESPYS is in the books and we’ve got the details on who took home a trophy.

Yet another award ceremony has lit up the entertainment and sports worlds. The 2022 ESPYS have just concluded as it honored dozens of figures in sports, and they even found our favorite athletes and Hollywood stars taking over The Dolby Theater in Los Angeles. Steph Curry hosted the star-studded event fresh off of his NBA Championship win with the Golden State Warriors, and the Finals MVP was applauded for holding things down throughout the night.

“The ESPYS raises awareness and funds for Foundation for Cancer Research, the charity founded by ESPN and the late basketball coach Jim Valvano at the first ESPYS back in 1993,” a press release reads.

It came as no surprise that the Warriors received the award for Best Team—an honor presented by Star Wars actor John Boyega and Rap favorite Lil Wayne. Weezy attended the ceremony with his son Kameron Carter who he shares with Lauren London.

The list of winners and honorees is expansive, so we’ll let you take a look at that below.

JEEZY USES HIS VOICE FOR THE YOUTH (CLICK HERE FOR DETAILS)