Drake Credited As A Songwriter On Beyoncé’s “RENAISSANCE” 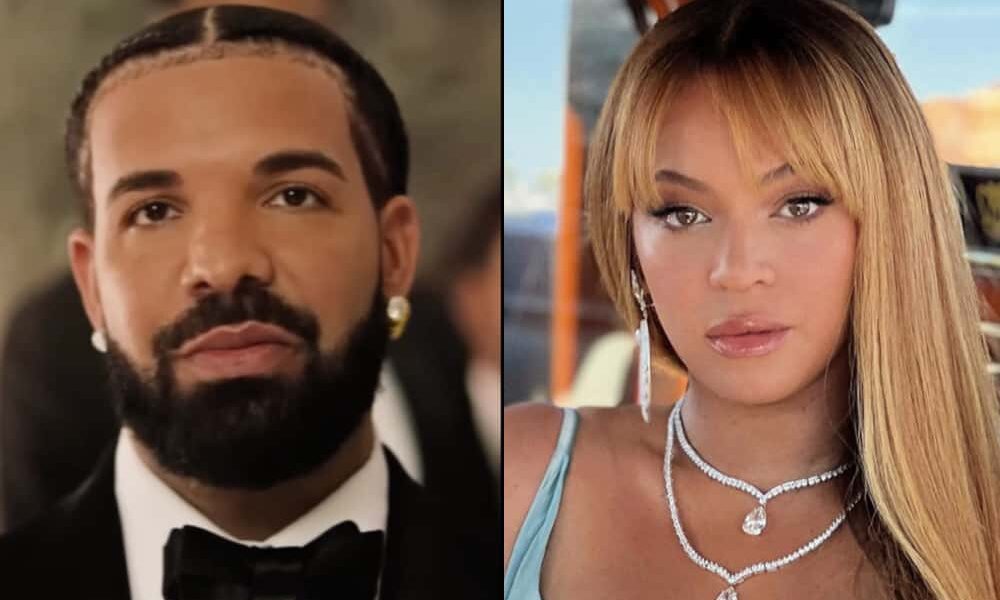 The “Mine” and “Can I” collaborators have reportedly teamed up once more for Beyoncé’s forthcoming seventh studio album.

The wait for Beyoncé’s highly anticipated seventh studio album — intriguingly titled RENAISSANCE —  is almost over. The Houston native’s long-waited follow-up to Lemonade is set to release next week on Friday, July 29, and thanks to the newly revealed tracklist, fans now have even more to be excited about.

RENAISSANCE will consist of 16 tracks, including the previously released “BREAK MY SOUL.” Surprisingly, no features were listed on the tracklist, but since the album has now become available for pre-order, internet sleuths have been able to predict some of the album’s featured acts by going through the album’s credits. Apparently, that’s exactly how fans were able to piece together that RENAISSANCE may just be housing a Drake and Beyoncé collaboration.

According to HipHop-N-More, Drake is reportedly credited as a composer on RENAISSANCE‘s eleventh track, “HEATED.” There are also some other familiar names credited on the track, including Matthew Samuels (Boi-1da), Jahaan Sweet, Rupert Thomas Jr. (Sevn Thomas), Sean Seaton (Neenyo), and more.

It’s too early to say whether Drake actually appears as a performer on “HEATED,” but fans are theorizing that a previously leaked Drake snippet all but confirms that both artists will be heard on the final version of the song. If that’s the case, “HEATED” will serve as the third official collaboration between the two perennial hitmakers following “MINE” from BEYONCÉ in 2013 and Drake’s 2015 loosie-turned-Care Package cut “Can I.”

Wendy Williams‘ estranged husband is seeking a boatload of money from her — in the form of alimony and more … TMZ has learned.