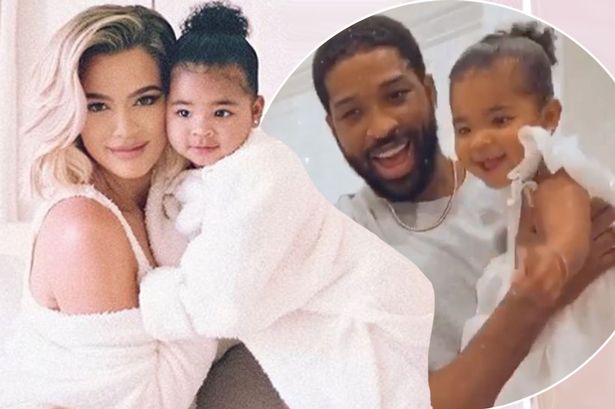 The pair have reportedly welcomed their son, making this the second child Thompson has had in under a year.

Their relationship may be over, but Khloé Kardashian and Tristan Thompson are parents once again. The on-again-off-again couple has been embroiled in infamy for years as their relationship has often become a topic of social media conversations. There was a time when Thompson was known more for his work in the paint, but these days, his connection to the Kardashian-Jenners supersedes any news about his basketball career.As reports about Kim Kardashian and Pete Davidson’s breakup take over internet spaces, there have also been updates regarding Khloé and Tristan’s bundle of joy.     View this post on Instagram

Thompson. has made headlines for years over his presumed infidelity, including fathering a child with a model while he was in a relationship with Kardashian. He has been photographed jet-setting around the world, often appearing with mystery women in his company. Kardashian reportedly broke up with him in January of this year, but recently, it was announced that they were expecting their second child together via a surrogate—a decision they made only a month before their breakup. It was reported that the surrogate became pregnant just a month before Maralee Nichols gave birth to Thompson’s son.

Today, Kardashian and Thompson have reportedly welcomed their second child, a baby boy. PEOPLE reported that Kardashian has yet to choose a name for her baby, but it is expected to be shared soon.

“Khloé is incredibly grateful to the extraordinary surrogate for such a beautiful blessing,” a source reportedly stated. “We’d like to ask for kindness and privacy so that Khloe can focus on her family.” The ex-couple share a daughter, True, who is four years old. Thompson also has a 5-year-old son with his ex and his eight-month-old son with Nichols.     View this post on Instagram

A clip from 2010 of Steve Harvey explaining why he can’t be friends with women goes viral. Steve Harvey is facing backlash for an interview ...