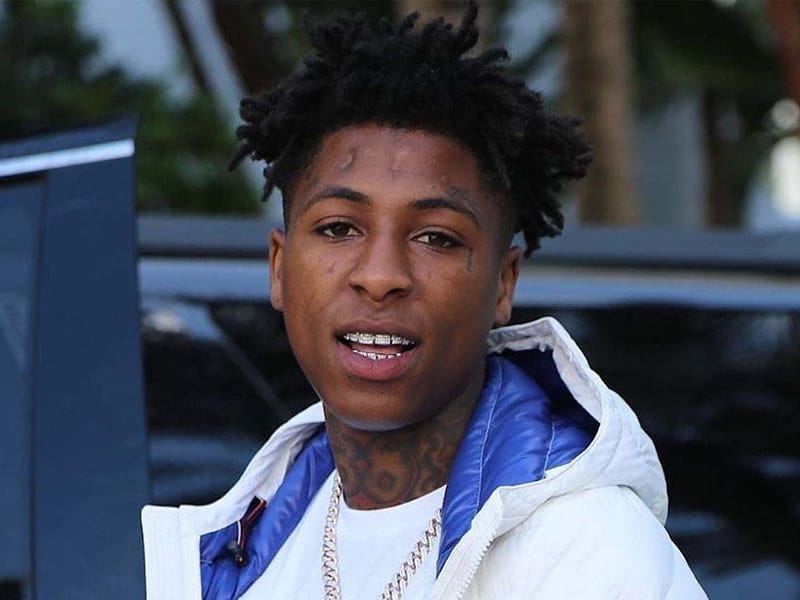 NBA YoungBoy is celebrating fatherhood once again. Last month, the Louisiana rapper revealed that he and his fiancée Jazlyn Mychelle were expecting a bundle of joy, making it his tenth child— ninth biologically. On Wednesday (September 28), YoungBoy shared a photo of himself holding and feed his newborn baby, with the caption, “‘We got left today for a little but it’s cool’ Top #newborn.”

The 22-year-old rapper and Jazlyn already share a daughter, Alice, who was born in 2021. The birth of the newborn comes just months after YoungBoy announced that the pair were engaged by posting a photo of Jazlyn holding her burgeoning baby bump while rocking a large diamond ring. Earlier this month, the new mom posted a video on Youtube of her growing family, revealing the news that she and the “No Smoke” rapper were expecting a baby boy.     View this post on Instagram

“Look at this little outfit, so cute,” she gushed in the video. “Can you believe I’m having a boy? I never thought I would have a boy.” Elsewhere in the video, Jazlyn and YoungBoy attempt to put a stroller together for their then unborn baby, as their one-year old daughter Alice watched on. The rapper announced the news of Jazlyn’s pregnancy on September 5 — while she was 37 weeks along — by having her and her growing bump appear in the music video for his latest single “Purge Me.”

NBA YoungBoy fans are excited for the young star to expand his brood. “Jazlyn keeps him calm,” one fan wrote. “Honestly he not as rowdy since they been together, hope it works out,” another added. The pair began dating in 2020 after YoungBoy split with Yaya Mayweather, whom he also shares a son with. In April 2022, Yaya plead guilty to aggravated assault with a deadly weapon after reportedly stabbing another one of YoungBoy’s children’s mothers.

After announcing a $10 million lawsuit against Forever 21 earlier this week, the company has responded and both parties have asked the court for an ...