So So Def & Bad Boy To Compete In VERZUZ Battle 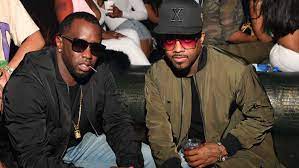 Verzuz battles were created during the pandemic to keep people entertained at home. The series, produced by Timbaland and Swizz Beatz, allowed the hottest artists in the industry to go head-to-head, playing their greatest hits of all time.

Some faceoffs have included Monica versus Brandy, Omarion versus Mario, Gucci Mane versus Jeezy, and countless others. The shows have hundreds of thousands of views and oftentimes trend for days.

Many people anticipated who would partake in the next battle, but now, there is no need to wonder. Jermaine Dupri, prominent songwriter and record producer, confirmed that his label, So So Def, will go up against Diddy’s Label, Bad Boy.     View this post on Instagram

Back in August, the two entertainers spoke on the thought of battling each other while on Instagram live. Diddy told Jermaine, “J.D., if you want that smoke, you can get that smoke anytime,” to which Dupri responded, “relax.”

Both labels were founded in the same year, 1993, and were responsible for putting out some of the hottest hits at the time.

For example, So So Def made “Charlene” by Anthony Hamilton, “Oh, I Think They Like Me” by Dem Franchise Boyz, “Welcome to Atlanta” by Ludacris, and countless others.

On the other hand, Bad Boy created “Mo Money Mo Problems” by Notorious B.I.G., “Cupid” by 112, “Love Like This” by Faith Evans, and more.     View this post on Instagram

A post shared by So So Def Recordings (@sosodef)

As of now, there is no date scheduled for the battle, but many people are already placing bets on who they think will win. What’s yours?

Kim Kardashian breaks the internet again, but this time the comments are not too pretty. The star celebrity was featured on the cover of 7Hollywood ...