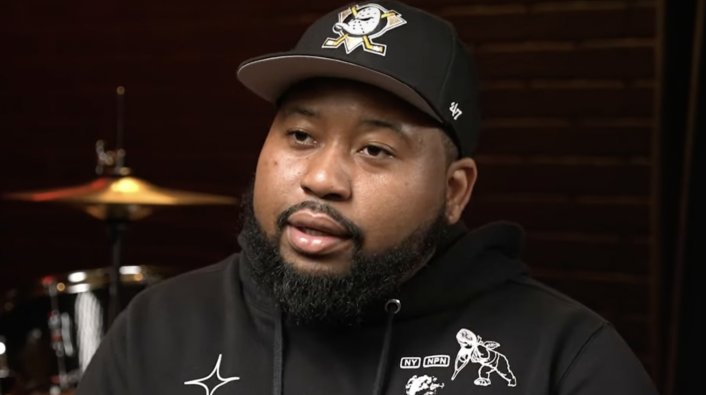 DJ Akademiks has received his fair share of backlash in 2022. The famed YouTuber was called out by everyone from LL Cool J to Russell Simmons after referring to Hip Hop pioneers as “dusty” and bad with money. He even caught some words form T.I. and Toya Wright after calling Reginae Carter a b***h.

On Thursday, Akademiks caused a stir on social media once again after footage surfaced of him being screaming and pushing a woman made its rounds online. In the video, Ak was seen holding a duffle bag while yelling at the woman “I’m the prize.”

Akademiks screaming “I’m the prize” is sending me. If the prize is a man who is publicly screaming in my face embarrassing me and allowing other women to jump me then that’s a PRIZE” that I would never want. #akademiks needs to explain a little more than a #shaderoom comment

Viewers immediately hopped in the comment section to share  their thoughts on the heated video. “This man always bucks up on women, but NEVER no other men,” one Instagram user wrote. “They touched his food,” another use joked.     View this post on Instagram

Shortly after the footage was posted to the Shaderoom, Akademiks hopped in the comment section to clarify the incident. “I was breaking up a fight,” he shared. “My girl was drunk and being aggressive wit other women cuz they were coming up to me in a party taking pics. One of the girls swung on her and that’s where this video starts I’m tryna get women to chill out. But they ain’t listening. They fighting over pics n sh*t.”

Things ultimately got physical with the women in the video, and Akademics can been seen trying to keep the women apart. No further details on the incident have been revealed.

His child asked him and his wife, Gabrielle Union, to call her….Click Here To Read More!