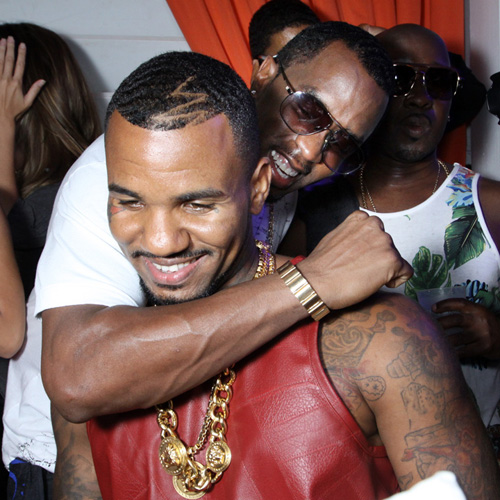 The Game’s older brother, Big Fase 100, seemingly insinuates that the rapper had a sexual relationship with Diddy.

The Game and his older brother, Big Fase 100, haven’t had a good relationship in years. According to Game, the two fell out over money, and they have been moving in separate directions for years. During Game’s recent appearance on Drink Champs this weekend, the rapper updated the status of his relationship with his brother, explaining that he still isn’t friendly with Big Fase.

Following Game’s comments on the podcast, the rapper’s brother posted-and-deleted a picture on Instagram, seemingly insinuating that Game and Diddy were more than friends and claiming that it wasn’t Game’s “street credibility” that got him a platform in the rap game.

“Maybe it wasn’t my street credibility,” wrote Big Fase 100 on a picture of Diddy hugging Game from behind, seemingly suggesting that their friendship had other levels. Over the years, many industry veterans have come forward to state their thoughts about Diddy’s sexuality, with 50 Cent claiming in 2018 that he thinks the music mogul’s sexuality is more varied than he makes it seem. Four years earlier, 50 claimed that Diddy and Rick Ross are both gay and hiding their true sexualities from the world. It’s 2022 and both men are still presenting as heterosexual.

Big Fase 100 has since deleted his post suggesting that his brother had a non-platonic relationship with Diddy, but the damage has been done. Do you think Big Fase knows something about The Game that we don’t?

A surge in the value of Tesla has Elon Musk riding a wave of wealth creation, surpassing Jeff Bezos as the world’s richest person. Musk, 49, ...