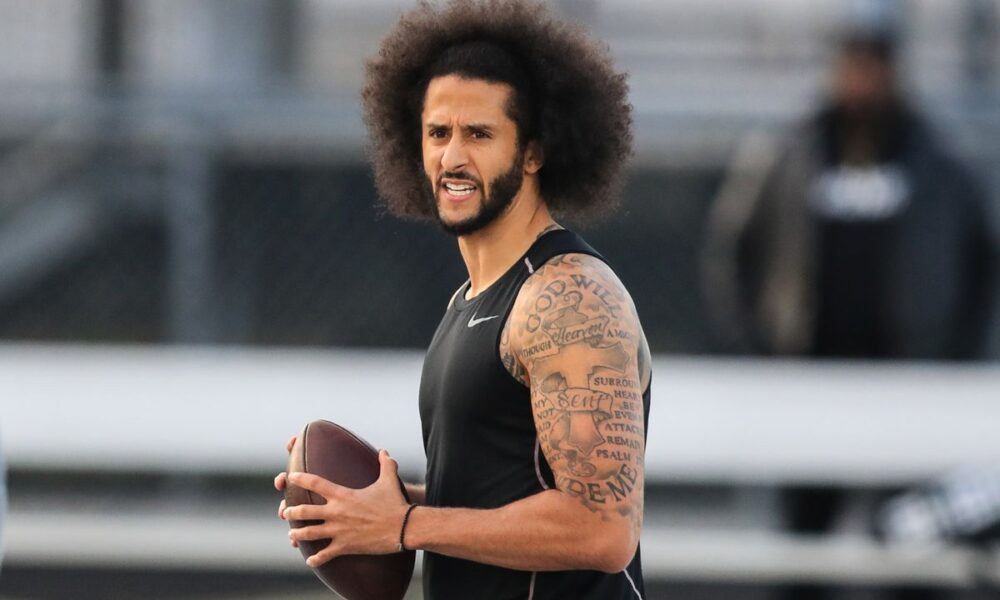 Colin Kaepernick just wants to play football in the NFL … even if it means signing on as a backup quarterback, saying “I just need that opportunity to walk through the door.”

The 34-year-old QB sat down for a rare interview with former NFL stars Chad Johnson, Adam “Pacman” Jones, Brandon Marshall for an episode of “I AM ATHLETE” — after a recent workout near the House of Athlete facility in Weston, FL — where Colin discussed his desire to return to the NFL.

Marshall asked Kaepernick if he’d be willing to take a role similar to Carmelo Anthony in the NBA … where the Future Hall of Famer signed for the veteran’s minimum (about $2.6 million) to play a minimized role with the Los Angeles Lakers.

Colin’s answer … yes, as long as he starts when he proves he’s the best person for the job.

“I know I have to find my way back in. So, if I have to come in as a backup, that’s fine,” Kaepernick told the guys.

“But that’s not where I’m staying. And when I prove that I’m a starter, I want to be able to step on the field as such. I just need that opportunity to walk through the door.”

Of course, Colin hasn’t played in the NFL since 2016 … where he started 11 games for the San Francisco 49ers.

Kaepernick has long accused the league of blackballing him for his kneeling protest, filing a lawsuit alleging the owners colluded against him … in an effort to keep him out of the NFL.

In February 2019, Colin settled his lawsuit with the NFL.

Over 3 years later, and despite adamantly saying he’s ready to play, Kap is yet to be signed by an NFL franchise.

Do you think he has a chance of still playing after all these years out of the league?

Megan Thee Stallion reveals that she is also a new Popeyes franchise owner. Weeks after suiting up as the Hot Girl Coach in one of Nike’s ...