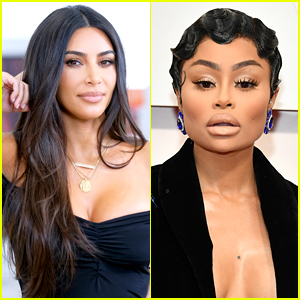 Blac Chynajust took another L after accusing the judge in her fierce legal battle with the Kardashians of harboring an extreme bias against her … he says she’s got it twisted.According to new legal docs, obtained by TMZ, Chyna lost a motion to disqualify the judge who presided over the defamation trial the Kardashians recently won.Thing is … Chyna’s motion made no sense. If she wanted to press a bias claim, she needed to do so during the trial, and ask that the judge recuse himself. The trial is over, and her only recourse would be to ask for a new trial based on an improper ruling … and she didn’t ask for that during the trial, so she’s simply out of gas.Remember … Chyna claimed the deck was stacked against her in court, claiming the judge showed an “undeniably hostile and extremely biased” attitude against her and her attorney.But, Judge Gregory W. Alarcon just fired back … saying Chyna provided no legal grounds for disqualification and defending himself as being unbiased. Again, unclear why the judge just didn’t toss her motion because it makes zero sense.the Kardashian family attorney also pushed back against Chyna’s claims, calling it a “baseless effort to save face after losing at trial” and accusing BC of trying to make Judge Alarcon a “scapegoat.”It will be interesting to see if Chnya takes her ball and goes home … the judge says she has to file a writ of mandate if she wants to take it up with the Court of Appeal.

Washington, DC, police arrested a Texas man outside Vice President Kamala Harris’ official residence, the US Naval Observatory, in the nation’s capital on Wednesday and he’s now facing weapons and ...