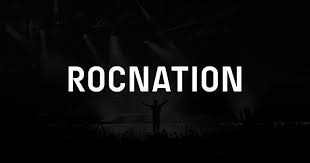 Considered the first of its kind, the UJC’s summer event will include speakers on a number of topics including criminal justice reform, public safety, mental health, and more.

“The United Justice Coalition started as an informal meeting of the minds, but it has quickly evolved into a more purposeful initiative to create change in our communities,” Dania Diaz, Team ROC and UJC founding member, said in a press release. “Our goal for this summit is to spark discussion and collaboration and take a solution-oriented approach to reforming America’s antiquated policies. At the end of the day, we are all bonded by one common goal – to eradicate injustice.”

The United Justice Coalition’s social justice summit will be held at Center415 on July 23. Additional info including guest speakers and other participants is yet to be announced.

Team ROC has been focusing heavily on bringing awareness and justice to the Kansas City, Kansas, Police Department. The social justice organization claims that there is more than enough evidence of systemic police misconduct that shouldn’t go unnoticed. The social arm of JAY-Z continues to address socio-political injustices and inconsistencies within the social justice system.

Young Dolph unveils via social media that the late 21-year-old Juice Wrld was his cousin. Dolph admits that he didn’t even know that Juice, whose real ...