A man named as a co-founder of the Young Slime Life gang said he will turn himself in on RICO conspiracy charges Thursday night. 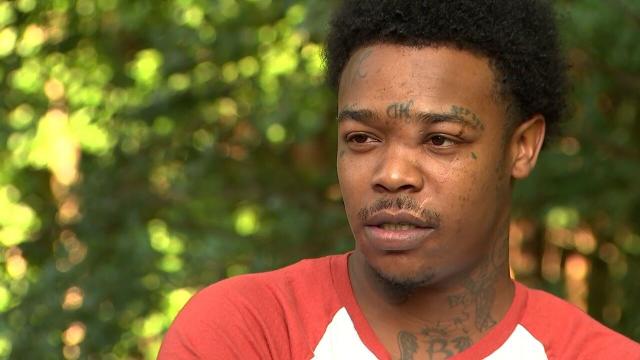 Channel 2′s Mark Winne spoke exclusively to Walter Murphy, who is charged along with more than two dozen others in a sprawling indictment against the gang. The indictment alleges that Murphy co-founded the gang alongside Atlanta rapper Young Thug and a third person.

Young Thug, whose real name is Jeffrey Williams, was arrested last month on charges that he violated the Racketeer Influenced and Corrupt Organization Act. He was one of 28 people facing gang charges including rapper Gunna and Murphy, who said he no longer has contact with members of YSL.

Still, Murphy was quick to defend the group, which he says isn’t a gang.

“I would rather say it’s more like a record label or a family,” Murphy said. “Once upon a time I was actually a road manager on that label.”

Murphy, who has a YSL tattoo on his forehead, said it is his past affiliation with the gang that has landed him on the 86-page indictment. Murphy is charged with one count of RICO conspiracy, though the indictment accuses him of being involved in an aggravated assault with a deadly weapon and an attempted murder involving four different victims between 2012 and 2015.

Murphy’s attorney, Jacoby Hudson, said he was charged in those incidents years ago and he pled guilty in what’s known as an Alford Plea to reduce the charges.

Hudson said that in 2015, a prosecutor tried to get Murphy to get his client to cooperate against alleged YSL members, but he wasn’t interested.

“I did my time like a man,” Murphy said.