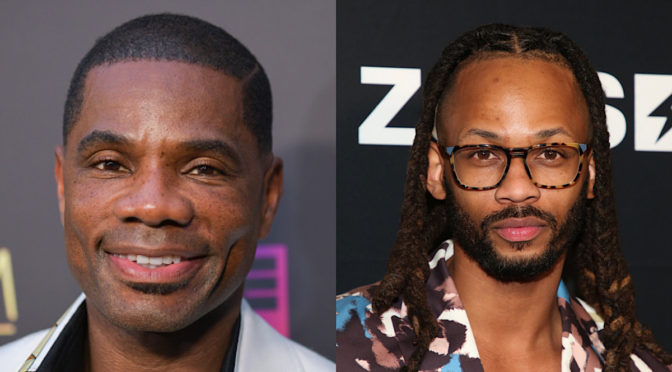 After spending nearly two months in the slammer, Kirk Franklin’s estranged son Kerrion has been released from jail.

The Bad Boys: Los Angeles star was let out of an Orange County facility on June 1, according to jail records. As it was previously reported, Kerrion was arrested by the Los Angeles Sheriff’s Department on April 10 and was initially held without bond due to warrants. One of the warrants was due to Kerrion failing to appear in court back in 2007 after being cited for 3 misdemeanors. Some of the charges included falsely representing self to officer, possession of purported government issued California driver’s license/California identification, and possession of alcohol under 21. After appearing before a judge, he was later released. In celebration of his freedom, the reality star took to Instagram and shared his first day out selfie: “When troubles of any kind come your way, consider it all great joy. For you know that when your faith is tested, your endurance has a chance to grow,” he said.
In his caption, Kerrion also thanked “#TeamKerrion”: “my mother & my father”     View this post on Instagram

He said, #LosersLoveRumors #Shoutout 222 the Real #TeamKerrion #Shoutout My Mother & My Father & My Lighthouse @keetwit thank you for the prayers & the wind the most High is moving me in. The journey is not over yet
1 more case left to handle tho freely here i am out of jail A lot of talk but Today the King walks #ChessLord 4 #waitfortheVerdict”

Kirk and Kerrion have had a strained relationship over the years. Most recently in 2021, Kerrion released an audio recording of a phone conversation where his father threatened to put his foot up his son’s “a–.”
The gospel singer eventually spoke out and apologized to his fans about the leak:

“I sincerely apologize. I want you to know as a father, that during that conversation, I called the family therapist and got that therapist on the phone to try to help. He never played that part of the recording.” So far, Mr. Franklin has not yet spoken out on his son’s release. Until then let us know your thoughts on this in the comment box below!

Tiffany Wells claims in a new lawsuit, obtained by TMZ, Lizzo has really screwed up her life when she went on social media and posted a ...