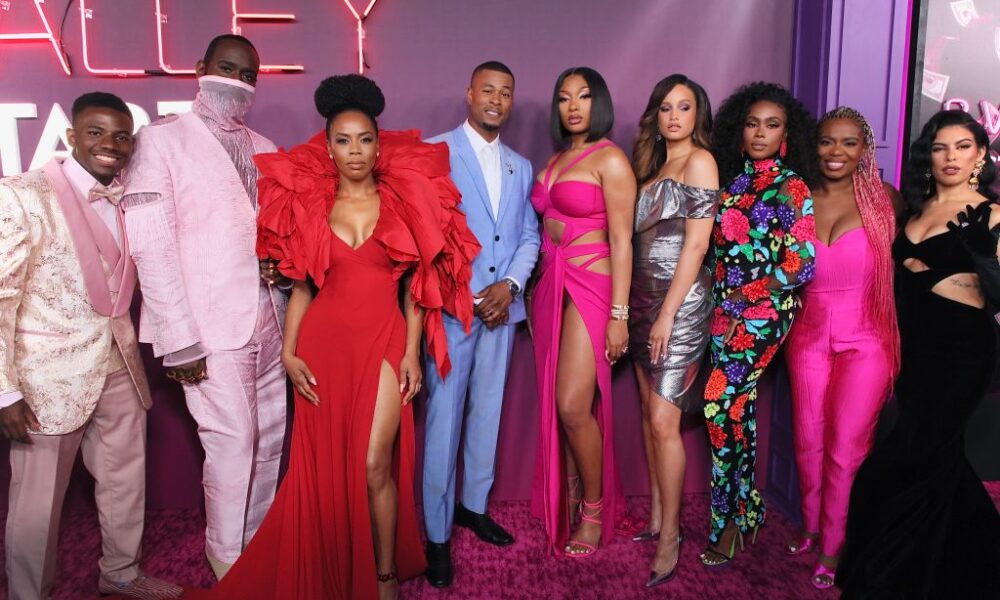 Meg channeled her alter-ego on this week’s episode.

“P-Valley” has quickly become one of the hottest shows on the STARZ network. Centered around a strip club called The Pynk in Chucalissa, Mississippi, the drama series has taken on topics surrounding homosexuality, abortion, domestic violence, and more. After waiting two years for another season, fans were elated when the show returned this June– but now they’re excited to watch for other reasons.

This week’s episode featured a special guest whose no stranger to the entertainment industry. Megan Thee Stallion, one of the top female rappers right now, made her way to television screens as a character. Instead of going by her regular stage name, she played her second self, Tina Snow.

Being that Megan described Tina as “a more raw version” of herself, she fit right in with the rest of the fictional characters. Her role was similar to who she is in her life. She acted as a turnt-up rapper who did a record with Lil Murda, another persona on the series. In her scenes, Megan acted seductive and lively, excited to deliver a performance at the popular nightclub.

She also did her fair share of flirting, showing that her acting skills match up to her musical abilities. To promote today’s episode, the Houston hottie shared a clip with her 29.4 million followers. The caption read, “They done brought TINA SNOW TO THEE ME [PYNK]… tune tf in.”

The post has garnered over 120,000 likes and thousands of comments from fans complimenting her skills. Are you going to tune in to see Megan channel Tina Snow? Let us know in the comments.     View this post on Instagram

Angie Martinez Is Set To Undergo Surgery After Her Car Accident

ANGIE MARTINEZ WAS IN A BAD ACCIDENT, AND WILL BE GOING TO HAVE SURGERY TOO! Angie revealed she had been hurt in an Instagram post, saying ...