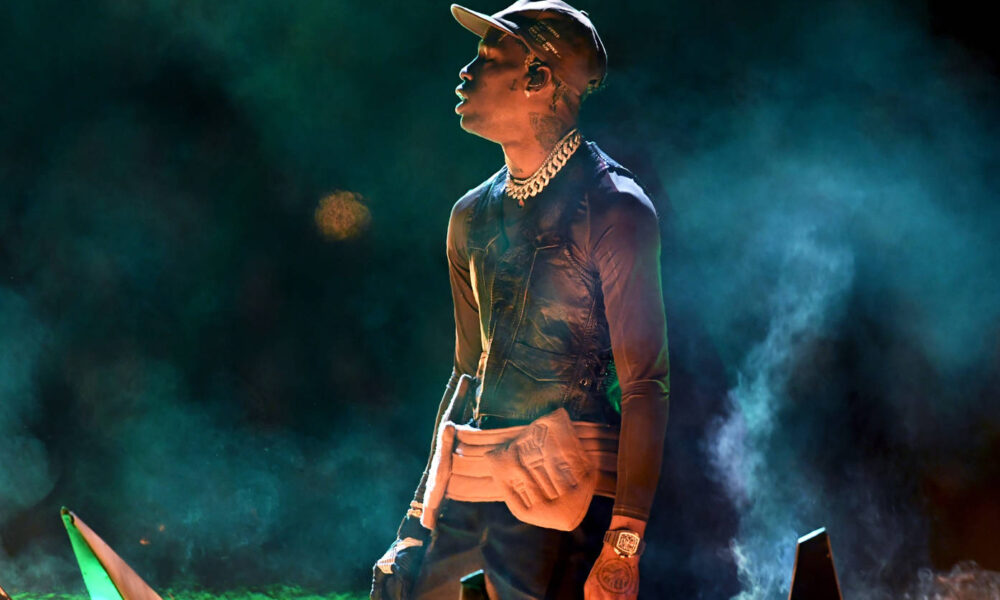 Travis Scott headlined his first solo concert since last year’s Astroworld Festival on Saturday night at the O2 Arena in London. Included in the setlist for the show were many of Scott’s most popular tracks including “Mamacita,” “God’s Country,” “Escape Plan,” and “Highest in the Room.”In a post shared by Kylie Jenner on Instagram after the event, Philidelphia 76ers star James Harden and Brooklyn Nets star Kevin Durant could be seen celebrating with Scott while popping champagne bottles. The series of pictures and videos also showed that Jenner watched alongside her and Scott’s daughter, Stormi Webster.

The performance was the first of two shows that Scott is set to put on at the venue this weekend.

Prior to Saturday night, Scott had performed at the Billboard Music Awards and as a surprise guest at Rolling Loud Miami, but not his own solo show since the tragic crowd rush at his music festival, Astroworld, in 2021.

The London performance comes ahead of the anticipated release of Scott’s fourth studio album, Utopia, which he has been teasing since 2020. Scott has yet to confirm an official release date for the project; however, he recently signed on to host a “Road To Utopia” residency at Resorts World Las Vegas’ Zouk Nightclub this fall.

Check out videos from Scott’s performance as posted by fans in attendance below.