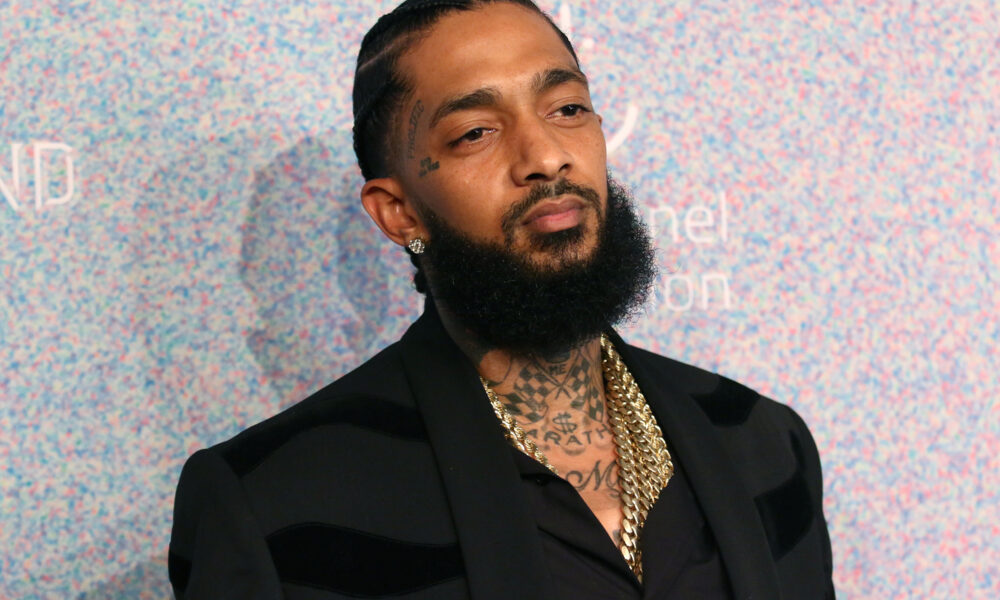 Karen Civil shared the celebratory announcement that the ceremony will be held on Nipsey’s birthday.

As Nipsey Hussle‘s birthday approaches, celebratory events are being announced. We recently learned that Eric Holder was found guilty of the late rapper’s murder three years after he was gunned down in his hometown of Los Angeles, and as the sentencing hearing lingers, fans are looking to honor the rapper. The effect of Nipsey’s passing became a global movement as people lauded Hussle’s talents and community building, and that legacy has continued to grow via his team and loved ones.

We recently reported that the Los Angeles Metro Station would be naming Nipsey Hussle Square after the rapper as they unveil a new line. City Councilman Marqueece Harris-Dawson said, “From Slauson and all the way to Vernon, you will see world-class pieces of art, celebrating the history and the legacy of African American people… Everybody who comes to L.A. and rides the train out of the airport is gonna see it.”

Today (August 10), Nipsey’s dear friend Karen Civil shared the news that Nipsey will also be receiving a tremendous posthumous industry honor by getting his own star on the Hollywood Walk of Fame. It was a little over a year ago that FOX 11 News in L.A. reported that Nipsey was included in the 2022 class, but at the time, it was unclear when his star would be revealed.

On August 15, on what would have been the rapper’s 37th birthday, Nipsey’s Walk of Fame ceremony will take place. Check out the announcement from Karen Civil below.

Nipsey Hussle will receive a Star on the Walk Of Fame on August 15TH (His 37th Birthday) @ 10am PST 💙 🏁 pic.twitter.com/UFMhboi6F3

An unreleased Notorious B.I.G. freestyle about his favorite cola is being turned into a slick commercial for Pepsi … just in time to big him up for ...