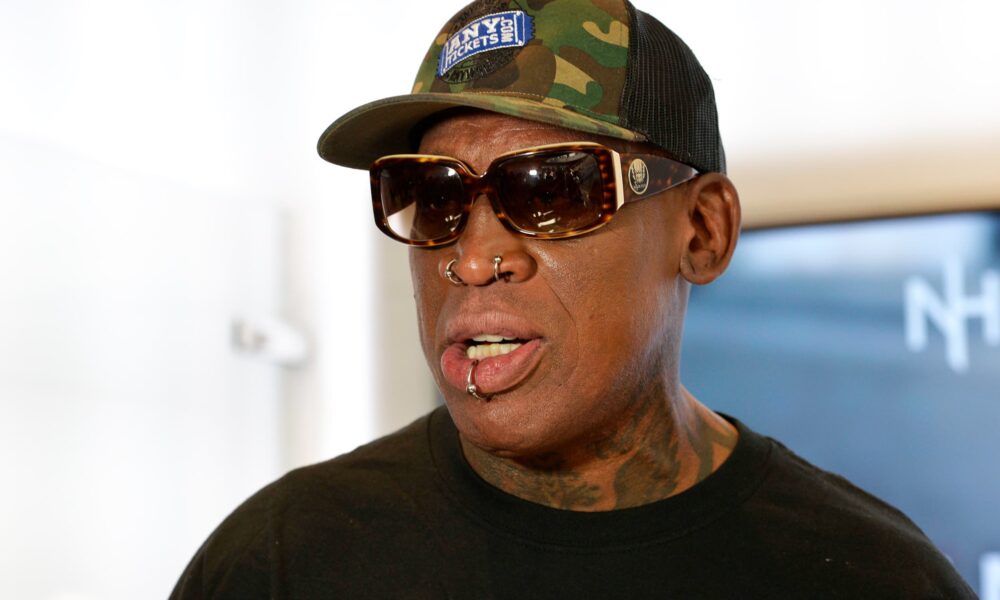 Dennis Rodman says he’s got a plan to go to Russia and free Brittney Griner.

Former NBA star Dennis Rodman says that he’s received permission to travel to Russia to negotiate the freedom of Brittney Griner, who was sentenced to nine years in prison on drug charges earlier this month. Rodman has attempted to work as an informal U.S. diplomat with North Korea and Russia multiple times in the past.

“I got permission to go to Russia to help that girl,” Rodman recently told NBC News. “I’m trying to go this week.”

The United States is reportedly still working on a prisoner swap deal that would bring the WNBA star home from Russia, where she had been held since February. Griner was caught carrying cartridges with less than a gram of hashish oil through an airport in Moscow. After a month-long trial, she pled guilty on August 4 and was sentenced to nine years in prison.

Rodman has visited North Korea’s Kim Jong Un several times in recent years and even met Vladimir Putin in 2014, calling the Russian President “cool” after the trip. He has credited himself with helping to secure the release of American Kenneth Bae from North Korea after traveling there with President Donald Trump in 2018.

NBC doesn’t quote Rodman as having added anything else to the conversation, but if he was being serious, be on the lookout for his trip to Russia at some point soon.

Streetz has the update…