Asian Doll Gets Into A Physical Altercation After Attempted Chain Snatch 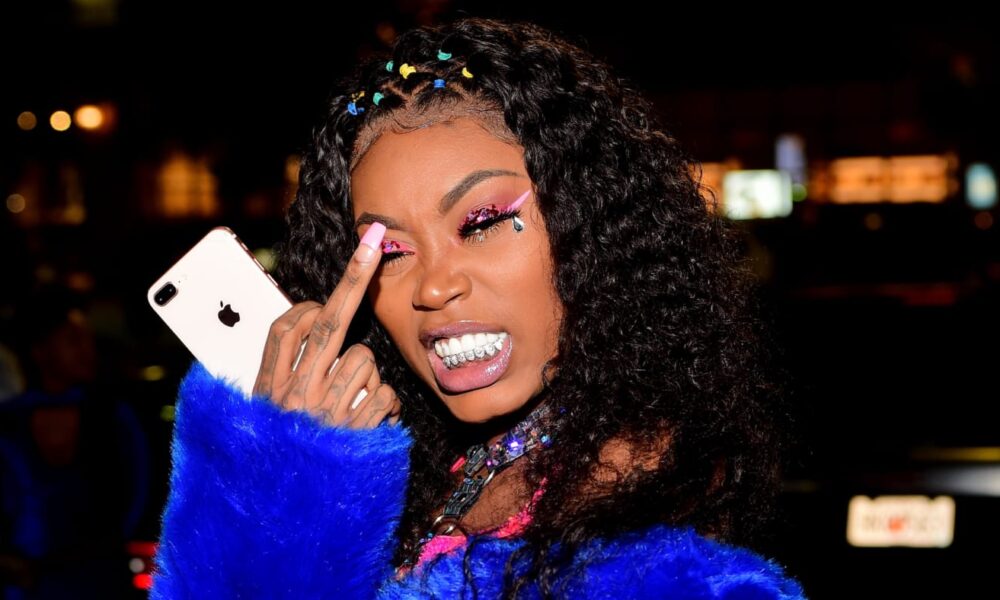 Asian Doll defended herself after someone tried to take her jewelry.

Asian Doll is not someone to be messed with, and she proved that yet again when a person tried to snatch her chain. In a video that surfaced on Sunday, Asian Doll can be seen in a physical altercation with another woman. Doll kicks the thief and says, “Dumb b***h, are you stupid?” while the crowd cheers her on. Someone behind the camera yells, “Stop playing with them Asian, turn that s**t up Asian. On blood, turn that s**t up, Asian!”Eventually, security guards rush in and separate the women. Asian then makes her way into a vehicle. After the fight, the would-be chain snatcher took to Facebook to explain what happened. “The whole time she was f**king with me,” she wrote. “I’m snatching that s**t. I grabbed that s**t with all my might. That s**t did not come off.”     View this post on Instagram

Asian Doll then hopped on Twitter to tell her side of the story, referring to the woman as “Ms. Dior.” “We snatching hoes out they fake dior fuck laughing ain’t s**t funny,” she tweeted. “Me touching the ground don’t even sound right Ms. dior & when they put you outside I ran after you & started beating you up 1 on 1 you ain’t even wanna fight no more fr bitch I go crazy in real life we all from the hood tf.”

Asian then said she initially wasn’t going to talk about the fight, writing, “I ain’t even speak on the situation nor was I mad because I literally got my 1 on 1 & WON […] I needed that Shit but got knots instead.” She continued to boast about the beatdown: “I’ll never fall plus it’s to many niggas around me for me to even hit the ground,” she wrote. “After she reached that bitch saw nun else but stars […] don’t let the Santa clause off Friday after next lie to y’all [cry laughing emoji] that bitch was stressed & almost Died.”

I’ll never fall plus it’s to many niggas around me for me to even hit the ground…. after she reached that bitch saw nun else but stars 😂😂 don’t let the Santa clause off Friday after next lie to y’all 🤣 that bitch was stressed & almost Died https://t.co/CNOEI194L8

Instagram just announced their new initiative “Black Perspectives” in hopes to create a new opportunity for Black creatives. Hoping to give Black creatives a new ...