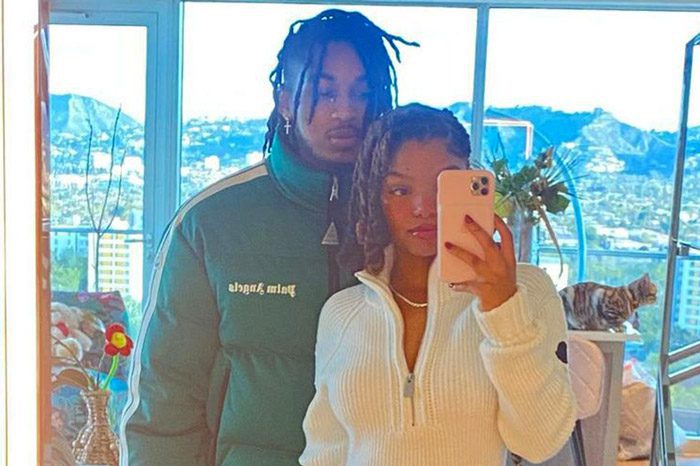 “As much as people think I’m so confident, 80 percent of the time I feel the complete opposite of that,” Chloe admitted in the duo’s interview.

Sisters and musical collaborators Chloe and Halle Bailey have been spending most of their time working on solo projects as of late, but for the upcoming issue of Essence magazine, the duo came together for a beautifully styled photoshoot and interview about where their lives are at right now.Of course, interviewers couldn’t help but prod the younger sibling about her romantic relationship with DDG, which first caught the media’s attention earlier this year as they attended an Usher concert in Las Vegas together.”I grew up being on YouTube and would always see the young Black creators and was constantly inspired by them. He was one of them,” the 22-year-old told the publication of how she met her match, adding that she “completely forgot about him” afterward.

“But then I saw that he was dropping music, and I really gravitated toward this one song. Coincidentally he messaged me — and the rest is history.” When asked if she’s in love with her 24-year-old beau, the “Do It” singer replied, “Yes. For sure I am.”     View this post on Instagram

Halle made it clear that when it comes to her loved ones, she’ll go to any length to protect them. “If you’ve got a problem with so-and-so, then we’ve got a problem,” she shared. “I’m a fire sign… If I love you and somebody crosses you, it’s over. That’s been my stance since I was young.”

For her part, 24-year-old Chloe Bailey opened up about her self-love journey. “As much as people think I’m so confident, 80 percent of the time I feel the complete opposite of that,” the “Have Mercy” singer admitted. “That’s why I put so much of myself into my music.”

“That’s where I feel like myself and where I belong in this life — whenever I’m onstage. The girl I see and I watch sing back, she intimidates me. I’m like, ‘Who the hell is that?”

Elsewhere, the Atlanta-born starlet dished on her upcoming self-titled debut solo album. “It’s everything that I’ve been going through, all the tearing down, people underestimating, telling me I can’t do it — all of those things have gone into the music,” Chloe revealed.

THE RACE” IS SADLY OVER FOR THE YOUNG RAPPER