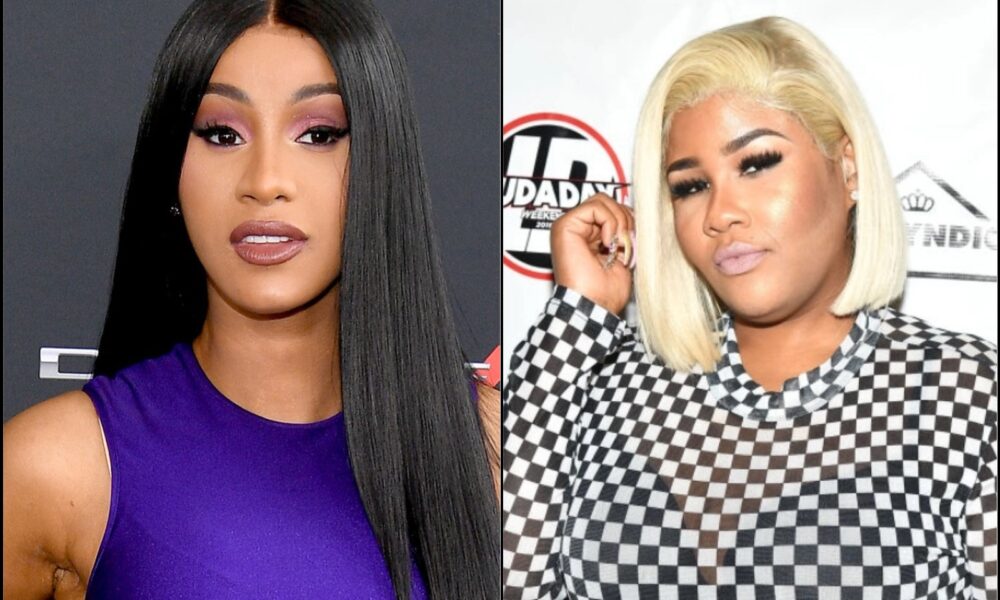 Akbar V. has more to get off her chest after a Twitter war with Cardi B and Offset earlier this week. On Monday, the Atlanta rapper and the Bronx star traded insults on social media, slamming each other over everything from record sales to parenting skills. The viral battle of words got even more intense when Cardi’s husband, Offset, chimed in to defend himself as well as his wife.  Wrapping up the Twitter exchange, the “WAP” rapper took to Instagram that same night to share a risqué photo of her and Offset cuddled up in their mansion, with the caption, “I fight for my b***hes and I’m fighter over d*** too.” While many thought the caption was a dig at Akbar, the 33-year old Atlanta native, who was featured on Nicki Minaj’s ‘Super Freaky Girl,” Remix, couldn’t clap back, as her Twitter account was suspended a day after beefing with Cardi.  But that didn’t stop Akbar from reigniting her beef with the mom of two. On Wednesday (September 29), she shared a snippet of an alleged diss track against Cardi, in which she rapped, “It’s crack, and I smoke b***** like Pookie.” Shortly after, she took to Instagram Live to address the alleged diss track, saying, “It’s up and it’s stuck. Ain’t nothing coming down.” But the subliminal didn’t end there. Akbar added, “It be the ones that don’t know what’s going on that have so much to say. I can really end b**** with like two lines. New music getting ready to drop.” The untitled diss track comes just days after Cardi prophesied on Twitter, “Let’s guess the next step… a diss track that’s going to be mass bought on iTunes and going to chart on twitter.”     View this post on Instagram