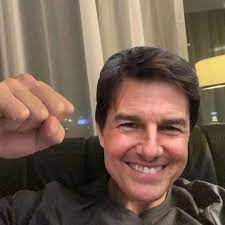 It’s been a great year for Tom Cruise. While the actor has been hard at work on the new Mission Impossible installment, his latest movie, Top Gun: Maverick, just keeps on breaking records. The mega-blockbuster continues to climb the charts of the highest grossing films of all time.

But Tom Cruise is not known to rest on his laurels, and now it looks like he’s shooting for the stars– literally. Cruise and Bourne Identity director Doug Liman are reportedly planning on making the star the first actor to shoot in outer space.

Cruise and Liman, who have worked together on American Made and Edge Of Tomorrow, are in talks with Universal to film on the International Space Station. “I think Tom Cruise is taking us to space,” said Universal chairman Donna Langley to BBC News. “He’s taking the world to space.”

Langley seems to be on board with the idea. “We have a great project in development with Tom,” she elaborated. “Taking a rocket up to the Space Station and shooting.”

Of course, most of the film would be shot down here on planet earth, but the climax would be “the character [going] up to space to save the day,” Langley said. She noted that, if all goes according to plan, Cruise would also become “the first civilian to do a space walk outside of the space station.”

The project’s been in the works for a while. Liman and Cruise started to pitch the movie back before the pandemic, but talks stalled out when Covid brought the world to halt.

Cruise is known for his wild stunts, but this one will certainly put him in a league of his own.

Slime said NO, NO, NO