Boosie Speaks On His Influence: “I’m The Real Blueprint” 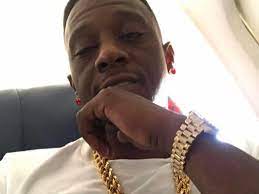 Boosie Badazz, born Torrence Ivy Hatch, has been in the entertainment industry for decades. From releasing top charting music to going to jail and even beating cancer, the rapper has been coined a living legend by many people. While fans and supporters acknowledge his impact on the rap game often, Boosie is speaking on his influence firsthand.

During an interview with VladTV, the host recited lyrics that Kodak Black rapped in his single “Too Boosie.” Kodak said, “I pistol-whipped a n*gga for forty minutes straight, too Boosie/I sent a few hits on n*ggas, I busted a play, too Boosie/I rocked a fade, too Boosie/Sipped purplе drank, too Boosie/How they forget B.G., forgеt about me, forget about you, Boosie.”

The 39-year-old was extremely thankful for the recognition, stating that he should give his son, Tootie, a feature on the record.

He then began talking about his effects on his listeners, saying, “Ain’t no n*gga ever in rap history ever raised more street n*ggas than me.”

Boosie said that the difference between him and other rappers is how fans approach them. “I’ve been around tons of rappers, their fans, ‘I love you, I love you.’ None of their fans come up to them and say, ‘N*gga, you raised me. It’s a difference.”

While he wasn’t trying to brag, the Louisiana native made it known that he was the blueprint for “real n*gga sh*t.” He also added that every generation loved him– toddlers included.

He ended the conversation by saying that, though rare, he appreciates when people give him his flowers.

Transportation Secretary, Pete Buttigieg, is here to clear up why the federal government seems to be pushing back on mask mandates that were set to expire.The ...