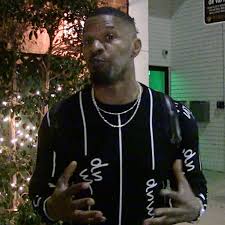 She’s known for going all out when it comes to celebrating her family, so it was expected that Cardi B’s birthday party would be epic. This was a monumental birthday for the “Up” star as she turned 30 this week, and she made sure to host a get-together that would be talked about for years to come.

The shindig was reportedly burlesque themed and the who’s who of the celebrity world was on the guest list. However, by the look of videos that have circulated online, things were a tad tense outside of the venue.     View this post on Instagram

There have been reports that YK Osiris may have been involved in a little scuffle with someone while waiting for entry. He’s not the only person who had trouble, as a video showed Jamie Foxx being turned away at the door because the venue reached capacity.

TMZ shared a video of an uncomfortable Foxx attempting to get inside, and in an update, the outlet claims that no one knew the actor was attending the event. Foxx reportedly “had 10 people with him and they didn’t have a section available for him.”

It was added that security was going to walk him into the party but Foxx decided to leave because there wasn’t a specified area for him and his guests. He reportedly left in good spirits and there weren’t any ill feelings.

Watch the awkward encounter below.

Jamie Foxx Was Denied Entry At Cardi B’s Birthday Party & Made The Workers Keep The Same Energy After His Exit pic.twitter.com/teVfeHplDn

FBI Warns that your new smart TV could be used to spy on you by Hackers. More details below… Smart TVs often come equipped with ...