Kevin Hart Reveals That His Father Passed Away 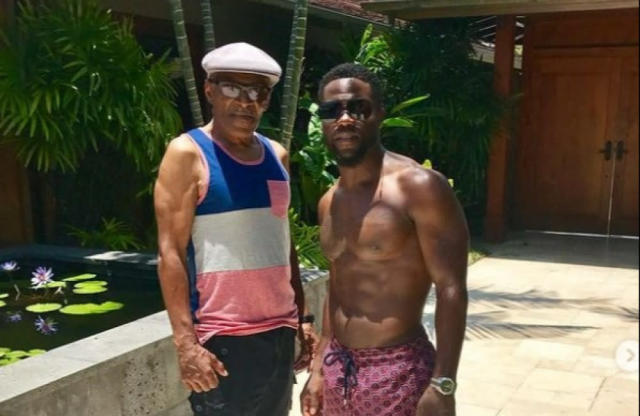 Kevin Hart has mastered the art of making millions of people laugh at his pain. Over the years, the famed comedian has allowed fans in on his personal life by vulnerably exposing his shortcomings. Kev has often been open about healing his relationship with his father, who was addicted to drugs when he was young.

Back in 2017, the Jumanji star spoke about repairing his relationship with his father, Henry Witherspoon, telling ET, “I choose to go positive instead of negative a lot and because of that, my relationship with my dad is amazing now! And my dad understands how I feel and how I look at things, and now my dad is focusing on being the best grandparent that he possibly can.”

Fortunately, the father-son duo got to mend their relationship before it was too late. On Wednesday (October 12), Kevin took to social media to announce that his father had passed away at age 75. “RIP to one of the realest & rawest to ever do it…Love you dad,” the actor wrote alongside a photo of himself alongside his father.  “Gone but never forgotten….Give mom a hug for me….y’all did good man. Thank you for everything. I’m a better father because of you We will all make you proud.”     View this post on Instagram

Details on Witherspoon’s passing have yet to be revealed. Our thoughts and prayers are with Kevin and his family at this time.

Ray J and Princess Love are in the middle of a divorce … but that’s clearly not stopping them from possibly producing a third baby. But, slow your ...