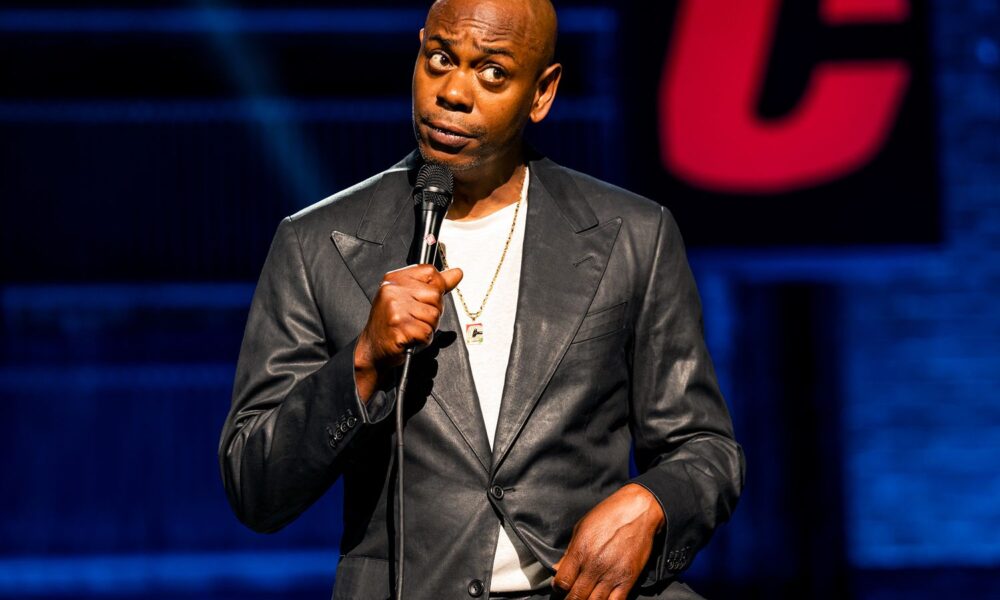 Superstar comedian Dave Chappelle just hosted Saturday Night Live for the third time. Of course, his opening monologue was full of standout references to some of pop culture’s most hot-button issues. In fact, he was the subject of a few himself. As a very controversial comedian, SNL writers wanted to boycott his show, but his team denied such claims. During his monologue, Chappelle addressed a variety of topics. First, he talked about the massive backlash to Ye f.k.a. Kanye West’s anti-Semitic comments. The D.C. comedian poked fun at Kanye’s invincible attitude and unfiltered, disingenuous comments. Right at the start of the monologue, Chappelle let people know he wasn’t playing around.

“‘I denounce anti-Semitism in all its forms and I stand with my friends in the Jewish community.’ And that, Kanye, is how you buy yourself some time.”

Despite the jokes, Chappelle also made it clear that he doesn’t think Kanye is particularly crazy. Not doing too good? Maybe. But the stand-up and sketch veteran was smart to make a distinction between intrusive delusional thoughts and posting them in this climate. “I’ve been to Hollywood, this is just what I saw. It’s a lot of Jews, like a lot. But that doesn’t mean anything, you know what I mean? There’s a lot of Black people in Ferguson, Missouri, doesn’t mean they run the place… You might go out to Hollywood, you might start connecting some kind of lines and maybe adopt the delusion that the Jews run show business. It’s not a crazy thing to think. But it’s a crazy thing to say out loud, in a climate like this.”

.@DaveChappelle going straight at Kanye West and his anti-Semitic remarks during his monologue. “Kanye has gotten in some scraps before and normally when he’s in trouble, I pull up immediately. But this time I was like, ‘you know what? Lemme see what’s gonna happen first’” #SNL pic.twitter.com/9h2CRnmKXU

On Wednesday, the Virginia Department of Social Services announced that they will be releasing emergency allotments of benefits to eligible families later this month. Officials ...