Odell Beckham Jr. Reacts To Being Removed From Flight Over Health Concerns 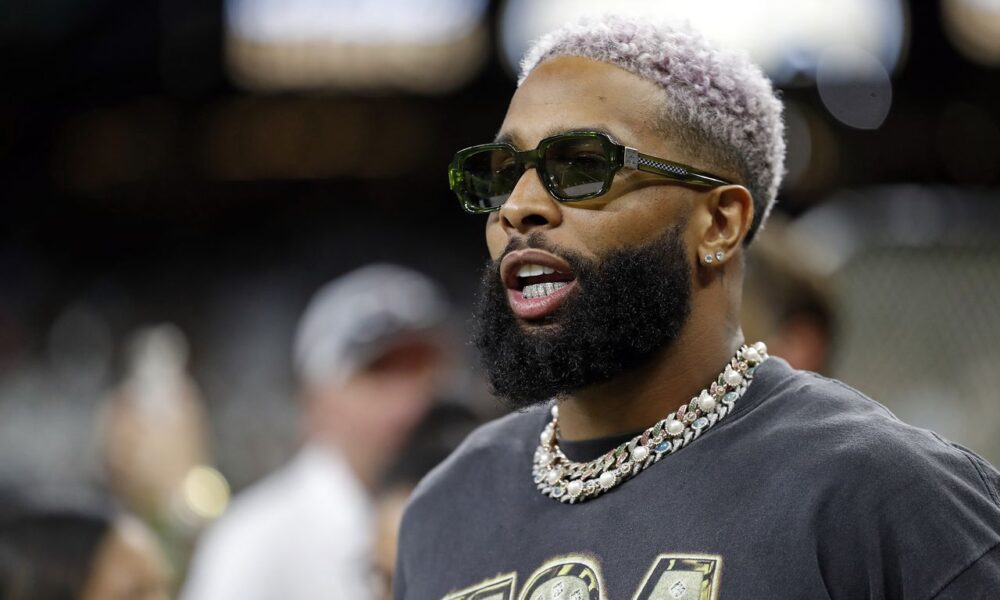 American Airlines removed Odell Beckham Jr. from a flight at Miami International Airport on Sunday citing health concerns. Police say the free agent wide receiver was “in and out of consciousness.” He has since responded to the incident on Twitter.

“Never in my life have I experienced what just happened to me…” Beckham tweeted afterward. “I’ve seen it alll..”

The flight crew expressed concern that Beckham was seriously ill; however, he refused to leave the airplane. Police arrived on the scene to evacuate the plane.

Miami-Dade Police Department has since released a statement regarding the incident.

“The flight crew was concerned for a passenger [Mr. Odell Beckham], as they tried to wake him to fasten his seat belt, he appeared to be coming in and out of consciousness, prior to their departure,” the police statement said. “Fearing that Mr. Beckham was seriously ill, and that his condition would worsen through the expected 5 hour flight, the attendants called for police and fire rescue. Upon the officers arrival, the flight crew asked Mr. Beckham several times to exit the aircraft, which he refused.”

The flight took off two hours afterward. Beckham decided to make other arrangements to travel to Los Angeles. He was not arrested.

Beckham is currently in the process of meeting with teams to potentially join for the rest of the NFL season. The Dallas Cowboys are considered to be the front runners to land the three-time Pro-Bowler. He’s also considering the New York Giants, Kansas City Chiefs, Buffalo Bills, and San Francisco 49ers

Never in my life have I experienced what just happened to me… I’ve seen it alll..

KOBE STILL INSPIRING THE NEXT GENERATION OF YOUTH!

MAMBA TAKES ON THE NOVEL INDUSTRY WITH HIS OWN BOOKS! (CLICK HERE FOR MORE DETAILS)