Kehlani Reveals She Was Sexually Assaulted After U.K. Concert 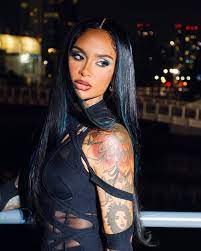 Kehlani says she was sexually assaulted following a performance in the U.K., Monday night. The show was a part of the European leg of her “Blue Water Road Trip Tour.”

In a post she shared on her Instagram Story, Kehlani explained that someone in the audience inappropriately touched her while security escorted her through the crowd after the show. She has since deleted the post.

Kehlani began by saying she won’t address the incident on video.

“I don’t want any video of me as angry, triggered, crying upset as i am anywhere,” she wrote. “i don’t care how sexual you deem my music, my performances, my fun with my friends dancing at clubs, or ME….”

She further continued: “That does not give any of you the right to cross a boundary like sticking your hands up my skirt & pulling my underwear to TOUCH MY GENITALS as i am being escorted through a crowd after performing.”

“As a victim of sexual assault, i am endlessly triggered and mindblown,” Kehlani concluded.

Kehlani previously opened up about her experience as a survivor of sexual assault on her Sunday Gems podcast in 2019. She shared words of support for others in need.

Check out Kehlani’s message as shared by HipHopDX below.

Kehlani shares a message after a performance in England 😧 pic.twitter.com/yYdJKEk3Ub

DID WENDY TAKE IT TOO FAR?!… Wendy Williams is confronting reaction in the wake of advising gay men to “quit wearing our skirts and our ...