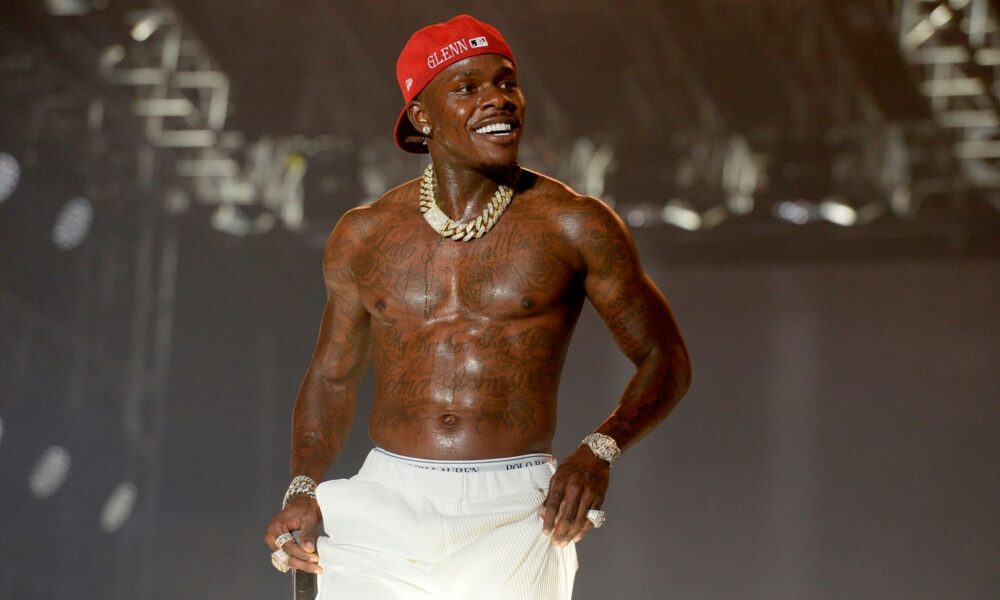 DaBaby’s downfall continues. The rapper – who was among the most popular in the world in 2020 – has been in the news for controversial reasons since last year.

According to a report from TMZ, the “BOP” rapper is now being sued for stealing the beat to one of his most popular songs, “ROCKSTAR” featuring Roddy Ricch.

The producer filing the lawsuit, JuJu Beatz claims that he sent a “musical composition” to DaBaby’s team a few years back. Part of it was later sampled by the 30-year-old illegally and without his permission.

Additionally, the creative claims the rapper and his camp accessed the digital file over 40 times from late 2019 to early 2020.

Beatz is suing for damages, as the rapper is seemingly refusing to cooperate outside of court.

“ROCKSTAR” currently has over one billion streams on Spotify since its release. The up-and-coming hitmaker says he hasn’t earned any money for his allegedly stolen beat.

As we mentioned earlier, controversy has been running rampant in the “Babysitter” artist’s life for some time now. In the summer of 2021, the Cleveland native received backlash for some out-of-pocket comments he made while on stage at Rolling Loud.

In a hate-filled rant seemingly towards the LGBTQ+ community, he singled out AIDS victims. “If you didn’t show up today with HIV, AIDS, or any of them deadly sexually transmitted diseases, that’ll make you die in two to three weeks, then put your cellphone lighter up,” he said to the crowd.

Gay men were the target of his next remark. “Fellas, if you ain’t sucking d*ck in the parking lot, put your cellphone lighter up,” DaBaby continued.

Consequently, a number of festivals including Lollapalooza went forward with removing the KIRK rapper from their lineups.

Meeting with several organizations and a since-deleted public apology led to an LGBTQ+ foundation, Relationship Unleased, forgiving the rapper.

CEO Gwendolyn D. Clemons said they felt as though the GRAMMY-nominated rapper had learned why his comments were harmful.

After escaping that scandal (not without consequences, however), he’s now caught up in the “ROCKSTAR” lawsuit.

CASANOVA SENDS GOONS TO HANDLE A WOMEN IN NYC!

Casanova organized the beatdown of a woman he accused of shooting video of him in a NYC diner … according to the lawsuit the victim ...