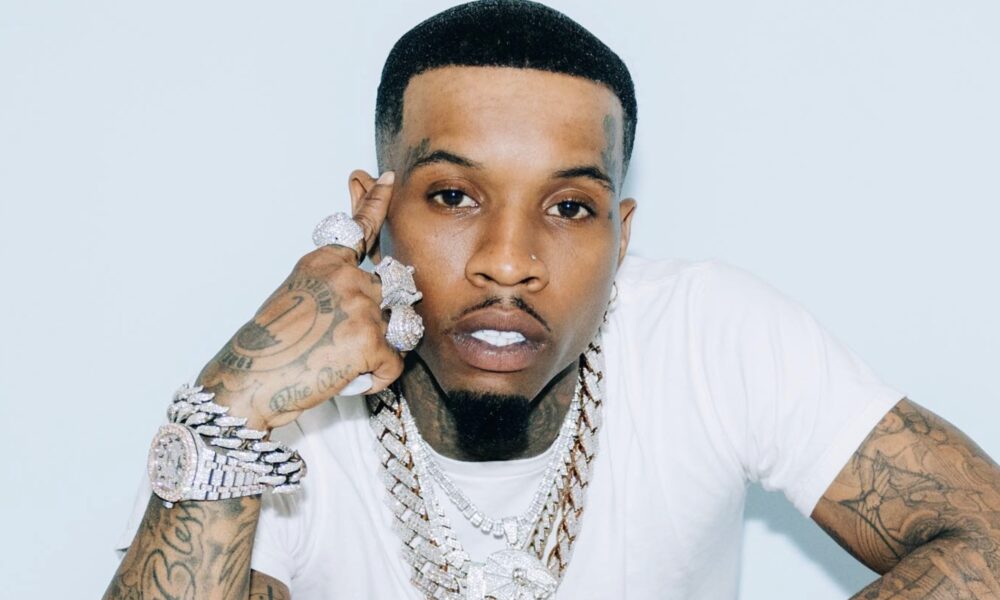 In the leaked audio that’s making its round around the internet, Tory Lanez repeatedly apologizes to Kelsey Harris and admits to being “too drunk.”

The Tory Lanez and Megan Thee Stallion saga has almost come to an end. On Friday, December 23, Tory was found guilty on all three charges in his highly publicized case. Thus, in the coming weeks he will be sentenced on the following charges: assault with a semi-automatic firearm (personal use of a firearm); carrying a loaded, unregistered firearm in a vehicle; and discharging a firearm with gross negligence.

Nevertheless, unwavering fans of the Canadian artist have reportedly started a petition to appeal his guilty verdict. According to crime reporter Meghann Cuniff, however, Tory’s verdict was decided by the infamous apology call he made to Kelsey. In a surprising turn of events, that alleged phone call has now made its way to the internet.

During the trial, Tory’s defense tried to pin Megan Thee Stallion’s former friend, Kelsey Nicole Harris, as the shooter. The attempt was ultimately unsuccessful, and now that Tory’s call to Kelsey from jail has leaked, fans may understand why.

At the beginning of the phone call, Tory Lanez checks on Megan and Kelsey’s well-being. Then he asks which hospital the Traumazine artist was being treated at. After getting that information, Tory then begins to apologize profusely. “Regardless, I know she probably gonna never ever talk to me ever again, but bruh, I just want you to know bruh. Nigga, I was just so fucking drunk,” Tory Lanez confesses. “Nigga, I didn’t even know what the fuck was going on, bro. Dead ass. I didn’t even know what the fuck was going on, bro. Like dead ass, nigga.”  “I would never do some shit like that, bruh. It’s just that a nigga was so fucking drunk. I just didn’t even understand what the fuck was going on, bruh,” he continued. “Regardless, that’s not gonna make anything right, and that’s not gonna make my actions right, bro. I’m just deeply sorry for that. I never even moved like that, bruh. Never moved like that at all, bruh. Like for real, for real, dawg.”

After that, Kelsey let out a long sigh before saying, “You know, it was a lot — a lot that happened, but—”

“A whole lot, bruh. Like a whole lot, bruh. I feel like — I feel crazy, fam,” Tory Lanez replied. “What happened, happened already, bruh. I can’t take it back, bruh. I’m just telling y’all I’m sorry, bruh. I think we was just too drunk, bruh. When I got to the house, off-top niggas had gave me like five shots. Like off the door, you feel me? I was outta there.”