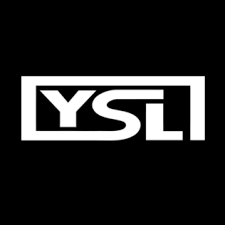 Tick is Young Thug’s eighth co-defendant to take a plea deal instead of facing the court in YSL’s RICO case.

YSL’s Tick reportedly made some damning accusations towards crew frontman Young Thug during a hearing on Thursday (December 29th). He accepted a plea deal in favor of facing trial, which makes him the eighth YSL affiliate to do so. While in court, Tick accepted the plea deal and offered details about Thugger’s attitude towards other YSL members. According to Tick, the “Digits” MC chastised his crew in a group chat for not beating or shooting a victim.

“Y’all ain’t beat him up or shot him yet?” he allegedly told YSL associates in the group chat. “Y’all getting soft.”

Moreover, Stephens pleaded guilty to one count of conspiracy to violate the RICO Act in Georgia. The court sentenced him to ten years, with two of commuted time served and eight of probation. The 29-year-old joined Gunna, Slimelife Shawty, Lil Duke, and Thugger’s brother Unfoonk as members who took a plea deal.

More on plea..SONG LYRICS. Stephens admits he’s been accused of & arrested for robbing women. Prosecutor brings up #YoungThug‘s song “You” & the verse “She gettin’ robbed by Tick.” Stephens says he goes by Tick. (This is important to state’s case involving lyrics) pic.twitter.com/OL9Ep8JD43

Trey Songz’ alleged sex tape has leaked and Twitter is going crazy for it.