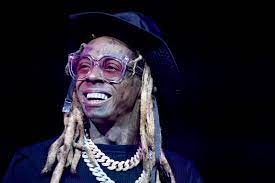 Madonna is embarking on a tour across the world in 2023 and teamed up with Lil Wayne, Eric Andre, and more celebrities to make the announcement. The Celebration Tour will see the legendary singer performing songs spanning the four decades of her career.

“I am excited to explore as many songs as possible in hopes to give my fans the show they have been waiting for,” Madonna said in a statement.

“Wait, hold on, that’s a lot of songs,” Madonna says in the video announcement. “You think people would come to that show?”

Tickets for The Celebration Tour will go on sale Friday. The tour will kick off on July 15 at Rogers Arena in Vancouver, BC, before stopping in Seattle, New York City, London, and many more cities.     View this post on Instagram

The Senate voted 50-48 Thursday evening to extend the nation’s debt limit through early December after Democrats and Republicans reached a deal to avert economic disaster following ...