Megan Thee Stallion: “I Didn’t Have A Sexual Relationship With Tory” 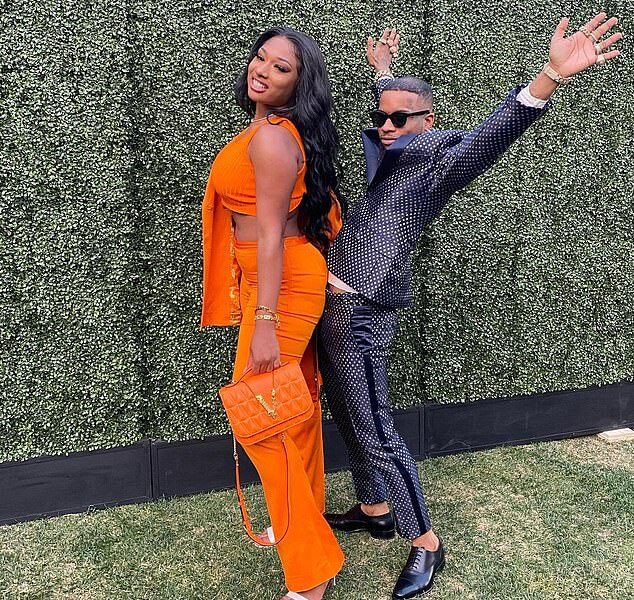 Megan Thee Stallion sets the record straight on whether or not she had a sexual relationship with Tory Lanez.

Megan Thee Stallion and Tory Lanez‘s case has returned to the news cycle, with the two continuing to publicly battle it out, whether it be in court or online. Tory was recently arrested at a hearing concerning the July 2020 shooting, for violating a protective order, although he was quickly released on $350,000 bail. In the latest tangent to the pair’s back-and-forth, Megan did her first interview concerning the shooting incident with CBS‘ Gayle King.The interview has sparked a ton of discussion, as Megan opens up about everything that led up to the shooting, as well as what happened afterward; she says that Tory attempted to bribe her and her then-best friend Kelsey for $1 million to stay quiet about the whole thing.

“I think that he is trying to deflect from the fact that he committed a crime,” Megan responds.     View this post on Instagram

Megan also details what sparked the shooting during her conversation with Gayle. Megan explains, “It was an argument because I was ready to go, and everybody else wasn’t ready to go. But that’s like normal friend stuff, we fuss about silly stuff all the time.” She soon gets emotional, sharing, “I never put my hands on anybody, I never raised my voice too loud, like this was one of them times where it’s like it shouldn’t have got this crazy. Everything just happened so fast.”

“All I hear this man screaming is, ‘dance, bitch,’ and he starts shooting, and I’m just like ‘oh my God…’ like he shot a couple of times,” She continues, before revealing her thought process at that moment.

Stay tuned for more details from the interview.

Drake and Future teamed up to share an unexpected song on Friday (January 31st) by the title ”DESIRES LEAK 2020 SUPER FUTURE DRAKE” via OVO’s ...