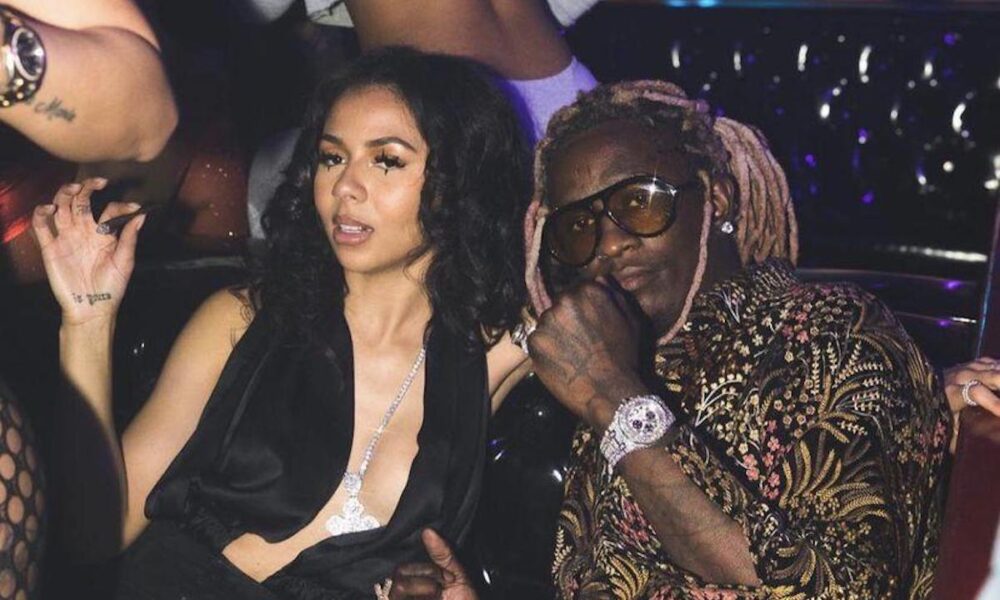 Karlae is unbothered by Young Thug’s recent display of affection for Mariah The Scientist.

Jerrika Karlae, better known these days as YSL Records’ own Karlae, was romantically linked to Young Thug since the early days of the Punk artist’s career. Over the past year or so, however, the two appeared to go their separate ways as news broke that Thug had started dating Mariah The Scientist.Despite their split, Karlae and Young Thug have remained on good terms. After the sweeping YSL RICO indictment earlier this year, Karlae still made an effort to check in with her on-again-off-again partner and labelmate while he awaits his trial in January 2023. In a June interview, she revealed that she had spoken to him, saying, “He’s doing good, actually, and he’s in great spirits. I feel like this is just a moment for him to learn a lot of lessons. Honestly, he was giving me advice on how to… He was like, ‘Keep your head in the game, wake up every day and put a smile on your face and be thankful, and we good.”

Earlier this week, fans got a surprise update on Thugger’s love life when Mariah The Scientist shared photos of a sweet romantic gesture that the So Much Fun rapper had planned for her from behind bars. In the photos, Mariah The Scientist’s hotel room was seen decked out in red and pink balloons, special gold balloons that read, “MRS SOLD OUT DATES,” and a love letter spelled out in roses that said, “See you soon, love Jeffery.”

While many fans marveled at Young Thug‘s huge display of affection for the RY RY WORLD artist, some fans made it a point to bring up Karlae and see if she was okay with Thug’s new love interest. To make it completely clear that she’s unbothered by Young Thug and Mariah The Scientist’s relationship, Karlae responded with a tweet, saying, “check on Karlae? I’m in another time zone :).”

See Karlae’s response, as well as Mariah The Scientist’s original pictures below.     View this post on Instagram

Update on the Tekashi 6ix9ine case