Drake Named Shazam’s Most Searched Artist Of All Time 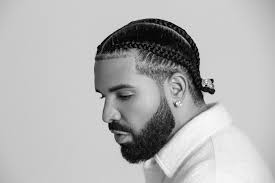 In celebration of two decades of Shazam, the app has been sharing some of its most noteworthy stats.

Adding to the many achievements and awards he’s already received throughout his illustrious career, Drake has just been named Shazam’s most searched artist of all time.

As Complex reports, the music identifying service is celebrating its 20th anniversary, and to commemorate, they’ve been sharing some fun stats from over the years, such as the most Shazamed songs by genre, the first-ever Shazamed song, and many others.

As far as Drizzy’s latest accolade, he’s landed on top of the platform’s all-time searches list with a whopping 350 million Shazams (songs of his own or ones that he’s been featured on). The father of one’s most popular track is 2016’s “One Dance” featuring Kyla Reid and Wizkid, which has been searched over 17 million times since its debut.

This marked the moment Drake officially “got more slaps than The Beatles” as he broke their 55-year-old record, though he kept it casual when celebrating, writing, “Just another celebration” on a photo of an empty plate with a shrug emoji.