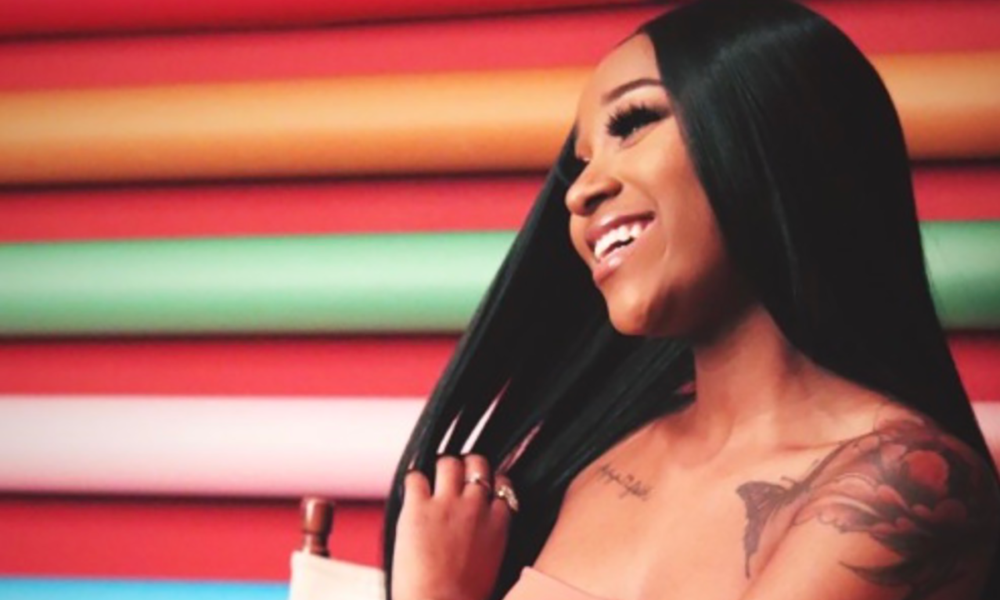 Erica Banks says her twerking at a pep rally was all in good fun.

Back in July, Erica Banks said she got a Brazilian Butt Lift, and explained her decision, saying, “I hated going to the gym [and] sweating my hair out… Once I got enough bread, s**t, I went and got my s**t done… Get that BBL sis.” At a recent high school pep rally, Banks put the BBL to work, twerking in front of a group of high schoolers.It definitely looks like the kids were into the performance, as one of the Frederick Douglass High coaches had to hold back the football players from getting too involved with her dance moves. Once said moves were shared on the internet, however, social media had an altogether different reaction.     View this post on Instagram

“Mind you she at a high school!!” wrote @sbaker_17. “Why tf you twerking for children!” Another user, @eiu_enna, agreed, writing, “Who is Erica Banks manager? Why is she throwing it back for teens?” “Why was you twerking for underage boys?” added @Lennyb_lurkin.

Erica Banks then took to Instagram to respond to the criticism. She commented on The Neighborhood Talk’s post which collected many of the complaints about her performance. “Girl didn’t nobody touch them kids, clearly,” Banks wrote. “We had a great time, good day.” Other commenters noted that the blame should be placed on the school for booking the “Buss It” rapper in the first place.

Earlier this summer, Erica dropped Diary of The Flow Queen, which included features from Bankroll Freddie, Beatking, and DreamDoll.  Take a look at the rapper’s performance, and the reactions it elicited, below.     View this post on Instagram

If you’re charged with abusing an animal in Virginia, it will now be a felony.