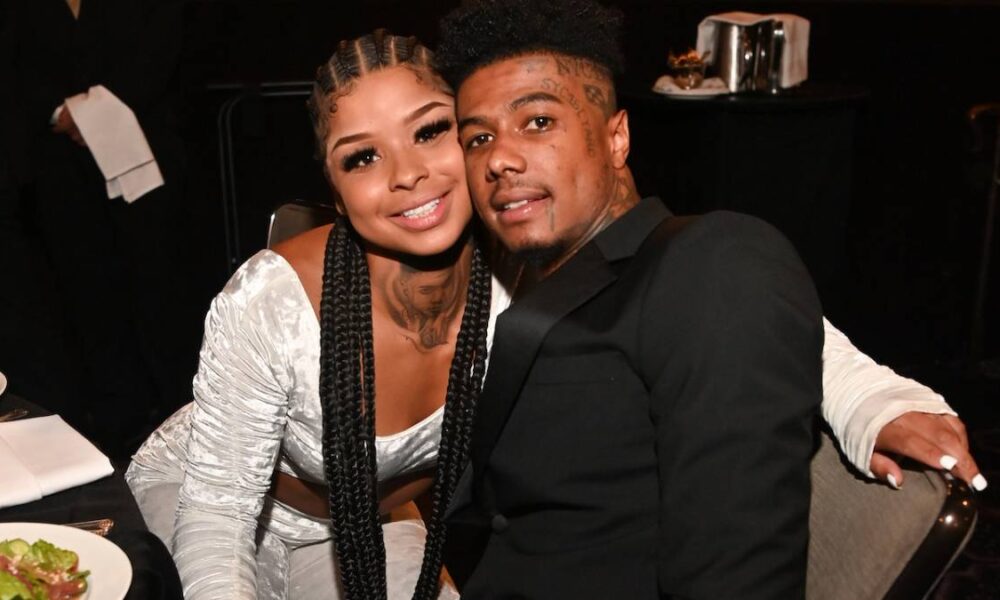 The latest chapter in the couple’s beef saga has Blueface’s mom “praying” for him.

The feuds and fistfights between L.A. rapper Blueface and his girlfriend Chrisean Rock continue to escalate. Blueface recently took to Instagram to claim that Rock is now in police custody for their altercation in an Arizona lounge, occasionally stating “Free Rock!” throughout the clip.     View this post on Instagram

“We ain’t never make the same mistake twice,” Blueface said. “She hit me this time. Security took her, the police took her, what can I do? She hit me with a banger, one Crip, ‘Bam!’ I’m like ‘Ooh!’ I ain’t even do nothin’. She’ll be alright. Free Rock.”

Pictures of their altercation show the not-so-crowded scene at the lounge, and also show the 22-year-old social media star being pinned down by authorities. But the Gram didn’t stop there in this story, as Blueface’s mother, Karlissa Saffold, responded to the incident via an Instagram story post.     View this post on Instagram

“You hypocrite animals are now saying what I said before she kicked me in the head,” she wrote, referring to her efforts to get Blueface out of his relationship and addressing the haters online. “I did my best to stop it but y’all told me to mind my own business.” Blueface may have an estranged relationship with his mother at this point, but Saffold still wrote about protecting the rapper and how she wants what’s best for him, which she said is a “mother’s job”, not a job for the media. “All I can say is I pray for my sons and daughters every time I think about them… It’s a mother’s job to know what’s good or evil for their own child. If you busy minding your own business, shame on you!!! If he had listened to me and not you hypocrites he would not have to battle these demons.”

The rapper once told the company’s SVP that she’s “swallowed pounds of MAC lip gloss in her life.” Fresh off of her collaboration with McDonald’s on ...