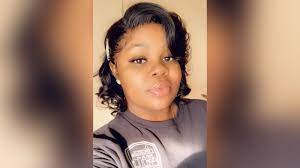 Her tragic death rattled communities across the country. From protests to social media posts, thousands of people pleaded for justice to be served– and they are not stopping until it’s done.

The family of Breonna Taylor joined Jada Pinkett-Smith on her talk show, Red Table Talk. The series, consisting of Jada, her daughter Willow, and her mother Adrienne, covers a plethora of topics and sometimes brings in celebrity guests.

In preparation for the episode’s release, Jada talked with CNN about her tough conversation with Taylor’s family.

“I believe that Breonna represents so many women who have died by the hands of the police,” she told the interviewer. Jada further emphasized that she wants someone to be held accountable for Taylor’s murder.

When asked what she hoped lies ahead of this unfortunate event, she responded, “Awareness, and with that awareness, change.”

Additionally, Jada admitted that she thought she knew all the details of the case, but upon talking to the family members, she realized she did not. “To hear them talk about what actually happened, it was so deeply devastating.”

She also coined the conversation as “one of the hardest Red Tables” they’ve done because she had to imagine being in the same circumstance with her child.

The episode will be streamed on Facebook Watch on Wednesday, October 12.