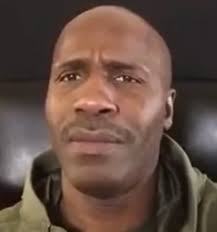 It’s been almost 15 years since Kanye West’s mother, Donda West, passed away in 2007. It was reported that her cause of death was due to coronary artery disease along with several post-operative factors stemming from cosmetic surgery.

Many social media users believe that Donda’s death triggered Kanye’s present, unpredictable behavior. The 45-year-old frequently clashes with others and uses his platforms to express his argued derogatory opinions.

While Ye is usually the first one to attack, another artist beat him to the punch. Willie D, the former member of Houston rap group the Geto Boys, took to the internet to speak on Kanye and his mother.

On Facebook, he wrote, “Kanye West’s Civil Rights activist mama didn’t die because of a botched surgery. I think she committed after realizing she raised a self loathing [coconut emoji].”     View this post on Instagram

After receiving hateful comments because of his statement, the 55-year-old created an Instagram video to address the matter.

“I woke up this morning to a block party. I had to get rid of all these Kanye West stans in my DMs, all in the comment section,” he said. He claimed that it was unfair for people to bully him for his statement yet praised Kanye after he wore a “White Lives Matter” shirt.

Having had a “change of heart,” he said, “I’m going to be the bigger man and apologize for putting up that post and saying what I said. What I should have said is, ‘F*ck all y’all.”

Watch Willie D’s video below and let us know if you think he crossed the line.     View this post on Instagram

Publix recalls some of its salad products in multiple states

Publix announced Sunday that Fresh Express has voluntarily recalled some of its salads sold in the Lakeland, Florida-based grocery giant’s stores. According to the U.S. Food ...