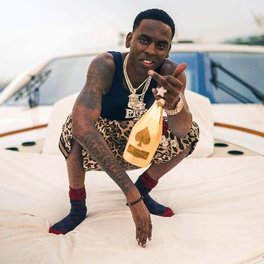 A third suspect has been indicted in connection with the death of Young Dolph. The Memphis rapper was gunned down in his hometown last November while inside of Makeda’s Homemade Cookies. On Thursday, less than a week away from the one-year anniversary of the devastating loss, 43-year-old Hernandez Govan was indicted on charges of first-degree murder, attempted first-degree murder, and conspiracy to commit first-degree murder.

Govan is the third person to be indicted on murder charges in connection with Young Dolph’s death. Authorities believe Govan started planning Dolph’s murder months before the beloved rapper was shot to death. Two other suspects, Justin Johnson and Cornelius Smith, were arrested just days after the untimely shooting. Both men were also hit with a charge of first-degree murder and attempted first-degree murder.

According to reports, Johnson asked a judge to be transferred from the pre-trial detention facility to the Shelby County Division of Corrections at the Penal Farm in East Memphis due to security, safety concerns, and conditions of confinement.

Another suspect, Shundale Barnett, who is currently in custody in Indiana, is accused of acting as an accessory after the shooting death of Young Dolph. The news comes on the heels of the “Get Paid” rapper’s longtime partner, Mia Jaye, reflecting on the life and loss of the slain rapper.  “I had to come on here because today is a week from the anniversary of me losing Adolph, and this almost-year has been the most challenging year I’ve ever had to face in my life,” she shared in an emotional video.

The couple is selling the home just three months after a fire was reported at the property. Jay-Z and Beyoncé have listed their New Orleans ...