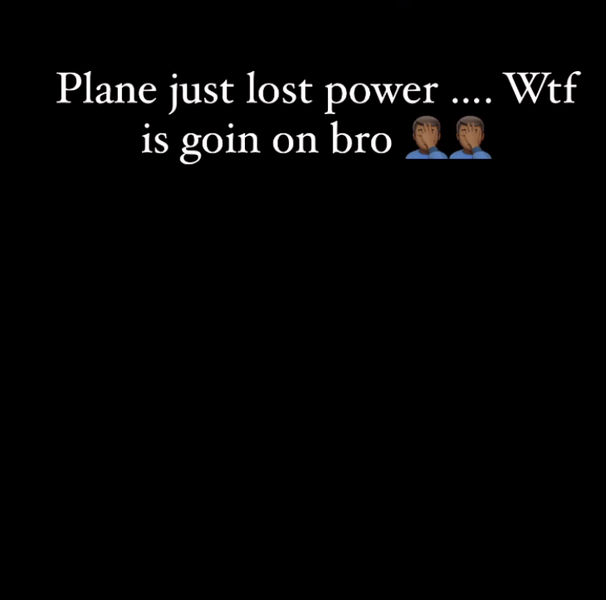 The power reportedly went out during Fetty Wap’s flight, but the horrifying situation was quickly and safely resolved.

Plane crashes and malfunctions are no joke. Over the last year alone, music enthusiasts around the globe have witnessed how dangerous flying can be, as everyone from Kodak Black and Gervonta Davis to Miley Cyrus have endured crashes and lightning strikes that have resulted in emergency landings. This past December, producer Flow La Movie and his family tragically passed away following a plane crash in the Dominican Republic.Thus, when Fetty Wap‘s flight suffered a serious power malfunction last night, many fans immediately began to worry. Fortunately, the crisis was averted, and the Butterfly Effect artist made it off the plane safely.

The troubling story post would go on to be the last public update from the New Jersey-bred hitmaker for four hours. Check it out below.

Finally, Fetty Wap gave an update on his wellbeing, confirming that although the power did go out on his plane, the potentially disastrous situation was safely resolved.

While detailing the experience, the 1738 artist said, “Yo, we got the fuck off that plane and got on another plane cuz that shit was scary.” After one of his fellow travelers remarked about never seeing a plane lose power, Fetty Wap said, “Me neither! Then they talking about they gotta plug the plane up. What the fuck kind of Tesla shit is this?”

Before signing off, he thanks his fans for the well wishes, but also points out the “weird” social media users who were making fun of the situation and wishing death upon him. See the footage, via DJ Akademiks, below.     View this post on Instagram

Streetz has the update…