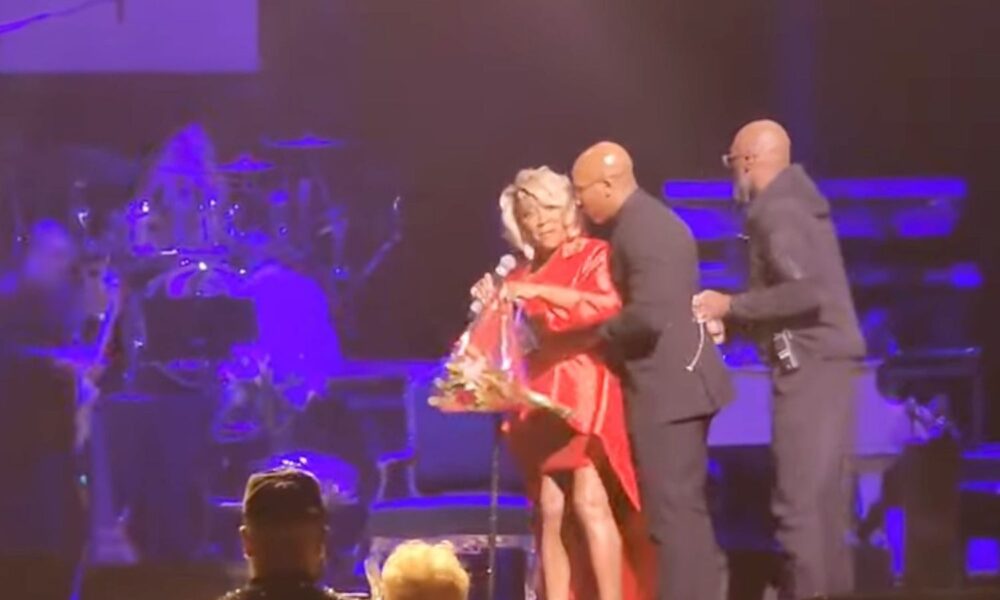 Patti LaBelle rushed off stage at The Riverside Theater in Milwaukee on Saturday night after someone called in a bomb threat. Video from the incident shows several staff members escorting LaBelle away from the microphone.

In the clip, LaBelle yells out “Wait!” before the group attempts to remove her from the stage. After she departs, her bandmates quickly follow suit.

“Tonight’s @MsPattiPattishow at the Riverside Theater has been postponed following a bomb threat investigated by the Milwaukee Police Department,” the venue’s Twitter account announced. “We are thankful for the efforts of the Milwaukee Police Department and our customers and staff for their safe and orderly exit.” staff helped evacuate the audience.

“Everybody very calmly exited the theater in a disbelieving manner,” attendee Scott Pierce told the Milwaukee Journal Sentinel. “I heard lots of comments about how sad it was that someone would pull such a pathetic stunt.”

“Regarding the bomb threat in the 100 block of W. Wisconsin, all patrons have been safely evacuated,” Allen Jr. said. “Police are clearing the facility at this time. The investigation is fluid and ongoing.”

The MPD added: “The building was searched by K9 units. No explosive devices were discovered. There is no threat to the public at this time.”

The Riverside Theater says that it is working with LaBelle to reschedule the concert. As of Sunday afternoon, LaBelle has yet to address the incident on social media.

Check out the video of LaBelle fleeing the stage below.

Patti LaBelle was taken off stage by security at a concert in Milwaukee tonight following a bomb threat pic.twitter.com/SeuCPrWVDj

Vanessa Bryant On Kobe & Gianna, ‘This Pain Is Unimaginable, Must Push Forward’

Vanessa Bryant is opening up about her life after the deaths of Kobe and Gianna — admitting, “This pain is unimaginable [but] you just have to get up and push ...