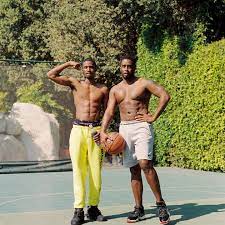 Diddy and his son, King Combs, discussed the legacy of Bad Boy during a new interview with Billboard. In the discussion, Diddy reflected on his son’s music career.

“I’ve been extra hard on him and really just telling him the truth that, ‘Yo, you’re my son and you have to deal with these things,’” Diddy explained. “I never picked a beat for him. I never set up a meeting for him. Then now to see him do it himself, and we’re out here doing it together, I didn’t imagine that.” He continued: “I’m overwhelmed with joy because when he was like, 3 years old, for his birthday, he just wanted to be with his Daddy on tour. Before I would end the show he would break out in a tantrum and start crying unless he could get on the stage. So to see him chase his dream and to see all of the obstacles that he had to overcome without my help. And then him doing it, it’s just really mind-blowing. His mother has to be just so proud of him and I’m just so proud of him.”