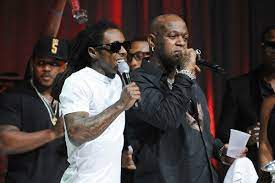 The jury selection process in the YSL RICO case begins today. Per WSB-TV’s Michael Seidan, the State revealed a list of potential witnesses that could testify against Young Thug, including a few high-profile names.

The state reportedly has a list of 372 potential witnesses who could take the stand against Thug. Many of them have law enforcement backgrounds, whether current or former police officers. The state’s witness list includes 157 individuals connected to the Atlanta police department. There are another 62 names from other law enforcement agencies. Then, there are 125 lay witnesses including massive names in hip-hop. Seidan reports that Lil Wayne, whose issues with Young Thug are well documented, Birdman, YFN Lucci, Alexis “Dolly” Grier (Thug’s sister), and Rich Homie Quan are among the “notable witnesses” who prosecutors might ask to testify against the Slime Language rapper during the YSL trial.

The NBA season is stumbling out of the gates … with multiple games being postponed due to COVID-19. The league has been hit hard with ...